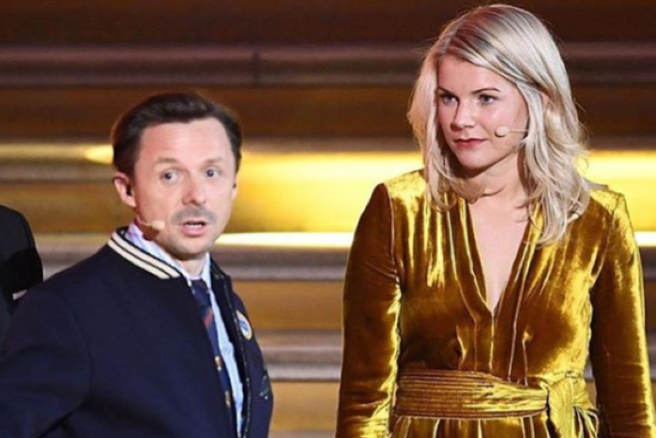 A prime example is at the Ballon d’ Or award ceremony, where Internationally famous DJ Martin Solveig was giving the Ballon d’Or award to Ada Hegerberg. When presenting the award, he asked the superstar if she knew how to twerk, suggesting that she would do it on stage for celebration. It is certain that he instantly knew that he made a mistake as the fire in her eyes lit up and she abruptly said “no” and walked off the stage with a graceful, yet, fiery strut.

Her accomplishments make her nothing less than a historical figure, and while she is just scoring goals, and doing what she loves, weather she likes it or not, she is a representative for women all over the world.

Prior to the Award Ceremony, in a pre-show interview, Hegerberg was asked about the male, female aspect of playing continental and International football. She said that she felt like a footballer, not a woman footballer, but a footballer just like everyone else. That she is the same, that her hard work and perseverance has put her where she is. She would go on to further state that sometimes she does feel like she is living in a man’s world, and that woman are often second to men in many situations; but that she feels like we are all equal.

Seemingly from Solveig’s perspective, where many females in the EDM culture take pride in their twerking and dancing, and do it for sport, it was a fun and harmless comment from his side of the fence. From her side of the fence she is a representative for women all over the planet, standing on an international stage accepting an award for excellence, so how dare this person, regardless of who it is, ask her to twerk on an international platform.

Solveig immediately apologized for his comment both to Hegerberg, and to the public on Twitter. He went on to plead his case that it was a harmless comment, and that he did not mean to come across as if he was trying to degrade her in any way. He would go on to say that “People who have followed me for 20 years, know how respectful I am with women”.

Where the comment was certainly out of line, and had really horrible timing, let’s all ask ourselves one question, what was he doing on stage giving her the award in the first place? He is a DJ, that is surrounded by rave culture. She is winning an award for being one of the best football players on Planet Earth. Their worlds are totally different; misunderstandings are certain to come out of that situation. There are no winners or losers in this, simply lessons learned.

First female ever to win the #BallondOr. Being asked about twerking by the presenter has to be the most disrespectful and shameful thing I have seen.