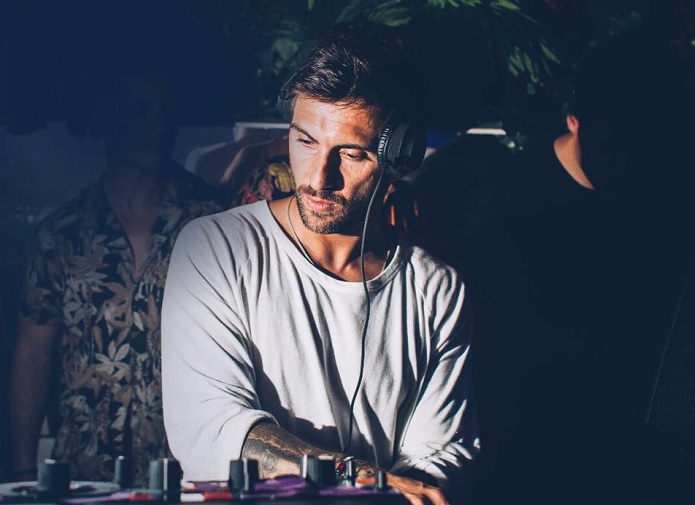 Two years in the making and Hot Since 82’s new full-length album ‘8-track’ is finally here. It’s been well worth the wait.

Created in the midst of a hectic touring schedule and while mourning his best friend, ‘8-track’ presents the breadth of Hot Since 82‘s ever-impressive work as a producer, holding up a mirror to his DJ sets in the process.

Merging his eclectic range of influences into his driving house and techno templates, it’s a deeply personal record that reflects a challenging time in his life. It’s a record made for dancefloors but which holds enough depth and diversity to demand repeated listening anywhere and everywhere outside of clubs and festivals.

‘Tilted‘ injects some loose bassline funk with Italo house synth sequences that hark back to the early ’90s with their subtle sense of euphoria. ‘Buggin‘ has already proved a massive hit, with Jem Cooke‘s sultry vocals woven over a chugging bass groove and swelling to a heady crescendo that is more than the sum of its parts.

Recent single ‘You Are The Light’ is another standout track with a soulful vocal that glides on chugging slabs of relentless bass and a teasingly dark mood.

‘Therapy‘ is the album’s stunning centrepiece, a melodic house roller with an emotive vocal that recalls classic house music with its impassioned feel. Sweeping atmospherics and spine-tingling chimes blend perfectly with the melancholy feel.

‘Bloodlines’ has already been a massive smash on dancefloors worldwide, and its blend of classic tribal and progressive house flavours still sound incredibly fresh as part of this collection.

Secret bonus track ‘Rest Your Head‘ brings the album to a fitting close with its slo-mo, chilled beats and ambient textures — the perfect comedown after this wild ride across the dancefloor.

A 2×12” gatefold version will be available along with a limited edition poster print as well as the digital release.