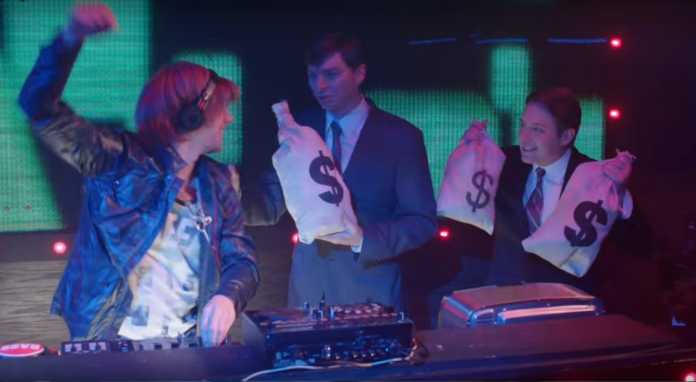 Calvin Harris has topped Forbes magazine’s annual “electronic cash kings” list of the top-earning DJs in EDM (Electronic Dance Music) for the 4th consecutive time, bringing in an estimated $63 million over the past year.

The Electronic Cash Kings on the annual ranking of the top-earning EDM artists collectively pulled in $270.5 million this year (down 1% from a year ago).

The “How deep is your love” hitmaker landed ahead of second place DJ Tiesto and David Guetta in third. Zedd, last year tied for eighth alongside Martin Garrix, has shot up to #4. The entire Forbes list appears below. It includes Steve Aoki, who came in fifth with estimated earnings over the past year of $23.5 million.

Not on the list this year are Afrojack, Deadmau5 or Avicii.