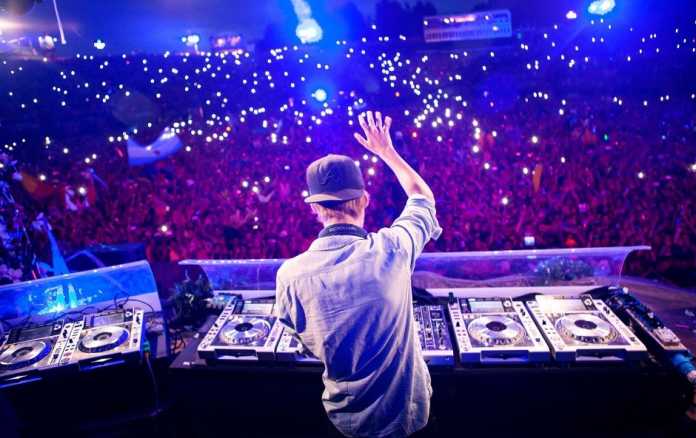 A fan risked death to himself and others by climbing a 100ft tower during Avicii‘s last ever show gig at Tennent’s Vital music festival near Belfast.

A video circulating online from Avicii‘s last gig shows a man climbed a 100-foot pole next to a set of speakers to dance. The owner of the video said that people all around were stopping and turning around to look at him.

“I was shocked to see this video, this person could have killed themselves or certainly endangered the lives of others. Thousands of people come from all over the country to Tennent’s Vital and enjoy the music from world-renowned artists. This behaviour is totally unacceptable and thankfully no one was killed or seriously hurt.”

Craziest moment from avicii last night was when this guy climbed up on this.. #tennentsvital#aviciipic.twitter.com/bK03WK0K0n