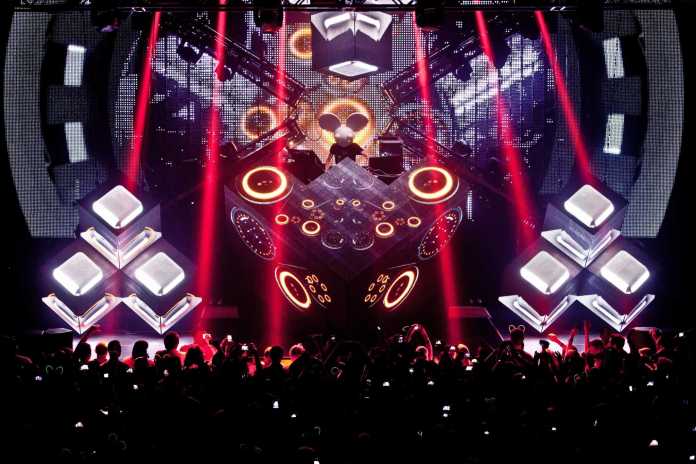 Deadmau5‘s iconic CUBE stage design has been copied and Joel clearly is not happy.

This is a pretty good indication that there is a massive lack in creativity in electronic music production these days. Earlier this week Deadmau5 called the New Orleans “Shadow Rap” group named $uicideboy$ over copyright infringement. He claimed they used an “entire section” of his collaboration with Kaskade, “I Remember”, for a track of theirs titled “Antarctica.”

And now he’s found himself the victim of plagiarism on a much larger scale. One deadmau5 fan noticed that the DJs were using his patented cube stage design during Dj Tigerlily show in Austin, Texas.

Deadmau5 himself took to twitter to show his unhappiness with the situation.

Is this actually happening? I can not. https://t.co/6jfE3tk5co

We did. But of course, that never stopped anyone from being an idiot. https://t.co/uGb7g1xvxZ

Initially it was thought that Aussie DJ Tigerlily had ripped off his stage design. But a brief search revealed that it was some guy named Erik Fink who apparently used to be Krewella’s tour manager.

@deadmau5 yes. This was me. No one else had any involvement in this. No artists or anyone else. The hate, blame and whatever else is on me.

.@Erikdisco much less the insane amount of manhours, technology, and development that went into it. It’s heartbreaking really.