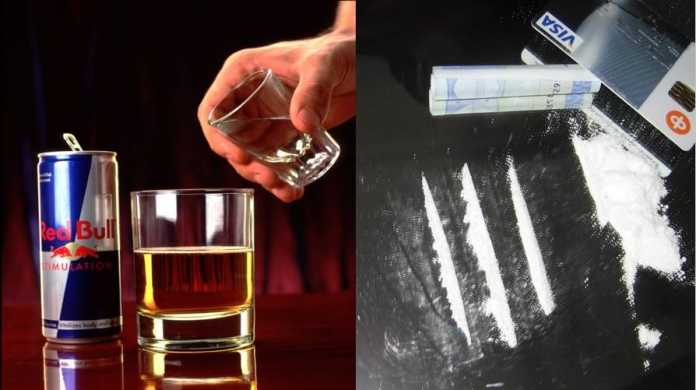 According to a new study from scientists at Purdue University, mixing energy drinks with alcohol “has the same effect on the brain as taking cocaine.”

The scientists have found that Energy drinks, like Red Bull and Monster for example, contain 10 times more caffeine than soda mixed with vodka. And mixing them with alcohol alters the activity in the adolescent brain – which lasts into adulthood.

“It seems the two substances (high energy drinks and alcohol) together push them over a limit that causes changes in their behavior and changes the neurochemistry in their brains.

“We’re clearly seeing effects of the combined drinks that we would not see if drinking one or the other.” Dr. Richard van Rijn told The Sun adding that the drinks are much less harmful if consumed on their own.

This study also notes that people who frequently drink energy drinks mixed with alcohol can also have a higher likelihood of using cocaine at some point in the future, and it’s all to do with long term changes to their brain.

Dr. van Rijn added: “Mice that had been exposed to alcohol and caffeine were somewhat numb to the rewarding effects of cocaine as adults.

“Mice that were exposed to highly caffeinated alcoholic drinks later found cocaine wasn’t as pleasurable. “They may then use more cocaine to get the same effect.”