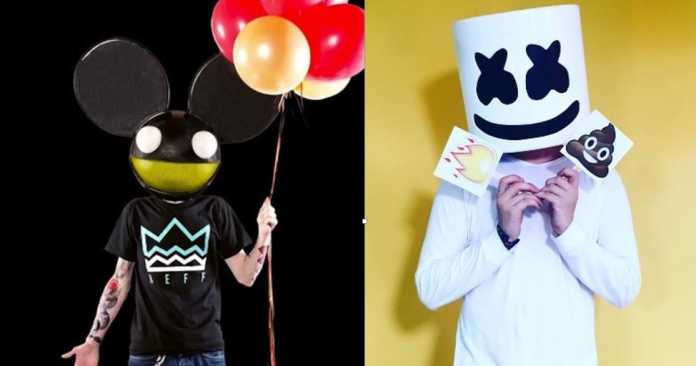 Two days ago Marshmello, made his debut on Skrillex’s OWSLA label with a powerful new track and video featuring vocals from Los Angeles pop musician Wrabel.

If you caught Marshmello’s new music video, then you undoubtedly saw how he roped in a sad mau5 into the party and got him dancing and moving all around. The Canadian Dj and producer, wasn’t impressed as you might expect, so he responded on Twitter with less then flattering comments.

And it looks like Marshmello has been forced to make an pretty noticeable edit of his video. His management has uploaded a new version on Youtube that does not feature the Deadmau5′ cameo. It looks like Zimmerman has filed copyright claims to have his mau5 head removed:

why you make marshmello delete you in his video? @deadmau5

Because I can. I’d rather be associated with a pile of dog shit to be completely honest. At least dog shit isn’t starving for my attention. https://t.co/QSaBmxTc9E

it’s weird how @deadmau5 is getting hate when @marshmellomusic is being a solipsistic attention whore using joel to market himself.

It’s not “weird”. It’s a shitty owsla tactic. Oh well. I hope they make billions. I still get to be me. https://t.co/M5rydhYtMF

if you don’t know by now that pop EDM these days is a popularity contest and has very little to do with music, then i can’t really help you.