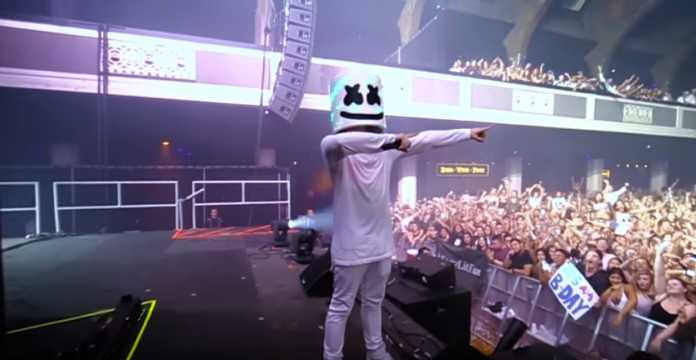 DJ Marshmello has joined the army of mannequins sweeping social media, and he’s included his “mellogang” into the fold, too.

The Mannequin Challenge is the standing still craze that has taken social media by storm. So unless you’ve been living in a cave, you have probably heard about this viral Internet video trend. And last weekend, the mysterious dance music superstar Marshmello, has done the biggest one yet.

He orchestrated the challenge during his three-night sold out show run at the Shrine Auditorium in Los Angeles. While there’s a little movement, for the most part the enourmous “mellogang” crowd cooperates in this memorable video.

Check out the video below