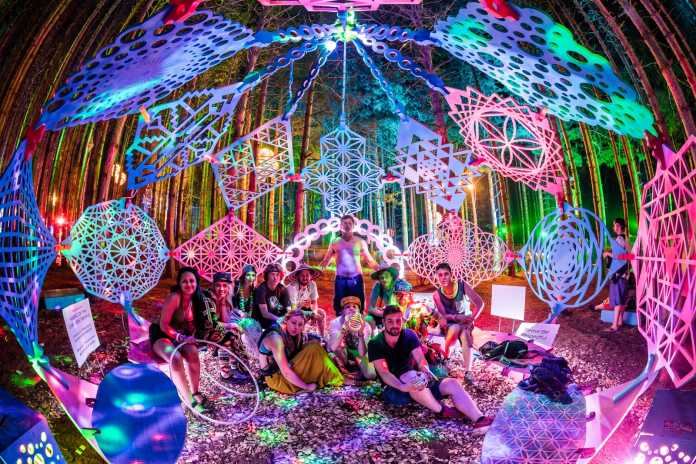 Today, Electric Forest (EF) revealed the initial artist lineup for the seventh annual music and camping festival in Rothbury, Michigan. For the first time in the festival’s history, Electric Forest will span over two distinct weekends on June 22–June 25 and June 29–July 2, 2017.

View the complete list of announced artists set to perform the First Weekend and Second Weekend below.

For the 7th year in a row, Electric Forest welcomes back fan favorite The String Cheese Incident, performing 2 shows each weekend with a very special SCI Sound Lab Live Experience on the First Weekend and EF’s famed SCI Saturday Night Shebang hosted on the Second Weekend.

Also topping the bill on both weekends – Bassnectar, Big Gigantic, and Claude VonStroke. Heavyweights ODESZA, Above & Beyond, My Morning Jacket, and Nero (Live) will perform exclusively on the First Weekend. DJ Snake, RL Grime, and Thievery Corporation will appear only on the Second Weekend. Many more artists, including additional headliners, are still to be announced.

12th Planet, Jai Wolf, Lettuce, The Floozies, The Infamous Stringdusters, and Waka Flocka Flame  are among additional artists who will be performing both weekends, many of them promising unique shows so that no two experiences are alike. Fans can expect to hear some of the acts unplugged, with unusual collaborations and sit-ins, performing special themed sets, and more.

Information on Layaway Plans for all Wristband and Lodging Packages can be found HERE.