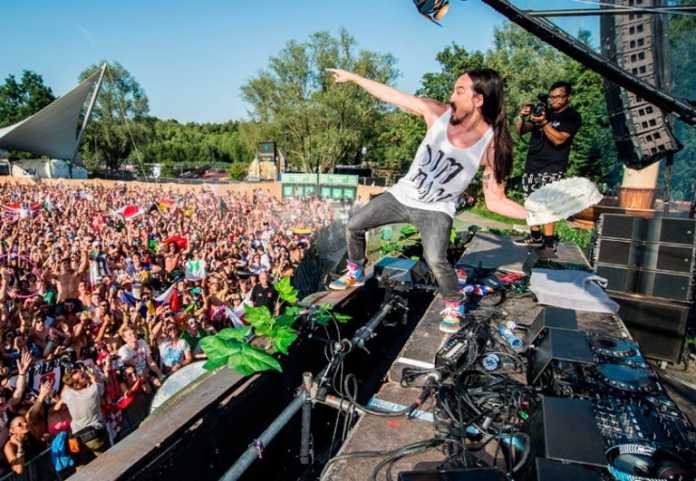 DJ Steve Aoki is well-known for throwing cake at the audience during his shows, but he didn’t expected cake thrown back at him at his birthday party.

Earlier, Steve Aoki released a statement that, he would refrain from chucking cake at non-headline shows. Caking is now a honor to be bestowed only on his “die hard fans.” And what would be a better occasion than his 39th birthday, as well as the 20th anniversary of Dim Mak Records, for throwing a cake into the crowd.

Unfortunately this didn’t end too well when a fan decided to turn the tables and share the tasty cake with his beloved birthday man. He did successfully cake Aoki, but in the process also caked his turntables, which caused the hardware to malfunction and stop the music.

Check out the video below