Miami Police had to shut down all vehicular traffic between 41st and 46th Streets, along Collins Avenue as they searched for an ‘armed and dangerous’ suspect who fled from a stolen vehicle on Thursday near the iconic Fontainebleau Miami Beach.

Police reopened traffic shortly before 2:30 p.m. on Thursday after the search was completed and the suspect identified as Jasper Walker was taken into custody in the rear of the Fontainebleau by hotel security and Miami Beach police, according to the department’s Ernesto Rodriguez. 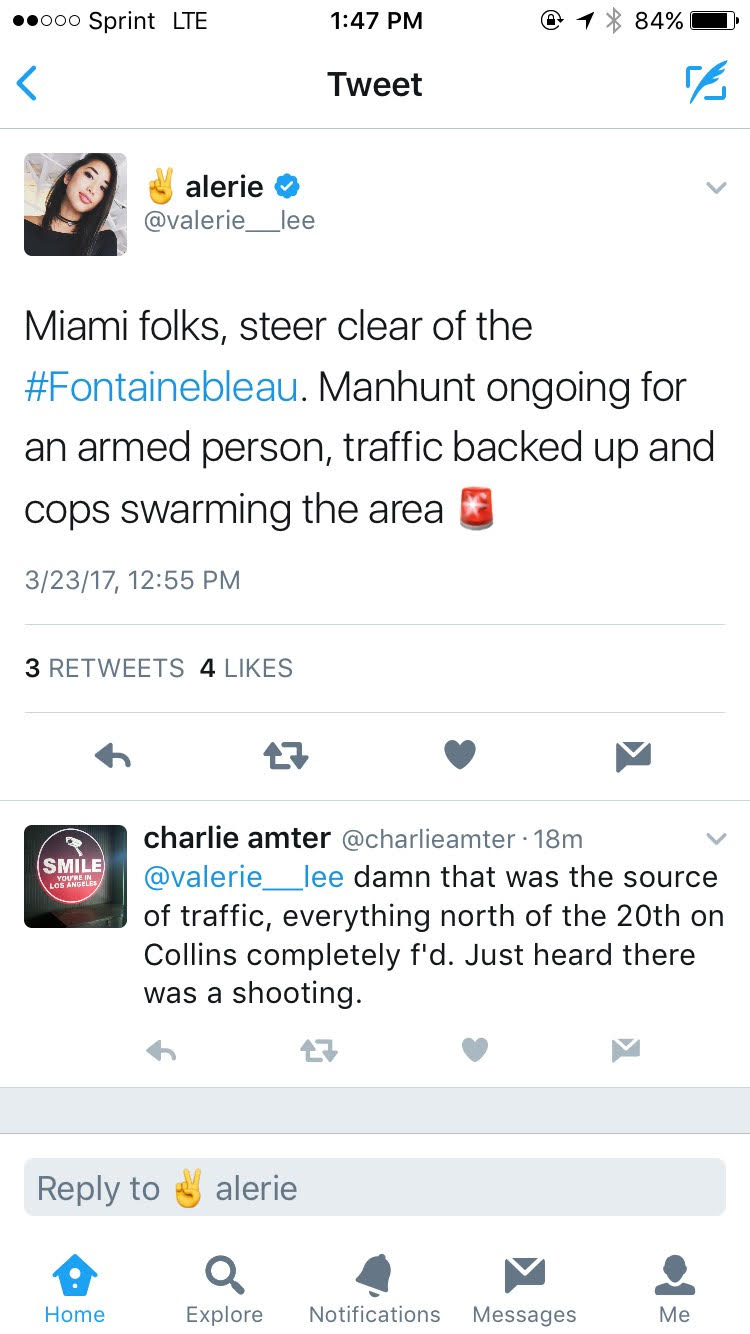 A Fontainebleau employee told Patch that the massive luxury hotel was placed on lockdown around 1 p.m. and guests were asked to remain in their rooms as the manhunt unfolded outside.