After announcing its very first international party in Mexico City, Factory 93 has revealed to dedicated underground fans its next immersive experience in Downtown Los Angeles – one night of relentless techno from the iconic label Drumcode.

On Saturday, May 20, Adam Beyer, Bart Skils, Dense & Pika and Layton Giordani will play the Factory 93 warehouse until the early morning hours, for what is sure to be an unforgettable moment in techno.

Drumcode has been the voice of techno and innovation for over two decades, with a streak of notable releases, radio efforts and internationally acclaimed performances. Label head Adam Beyer’s vision has produced a skillfully curated catalogue of artists and tracks that are played on dance floors across the world.

Less than a year into its creation, Factory 93 boasts an uncanny ability to create a visual spectacle that is second to none. Every show produced by the brand has become a sold out party, bringing the vibes and energy of thousands of techno, tech house and deep house aficionados. In the coming months, Factory will make its international debut in Mexico City and curate its second festival stage at the neonGARDEN stage during EDC Las Vegas in June.

For more information and updates on Factory 93, visit TheFactory93.com 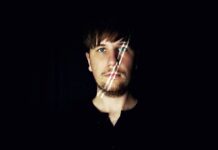