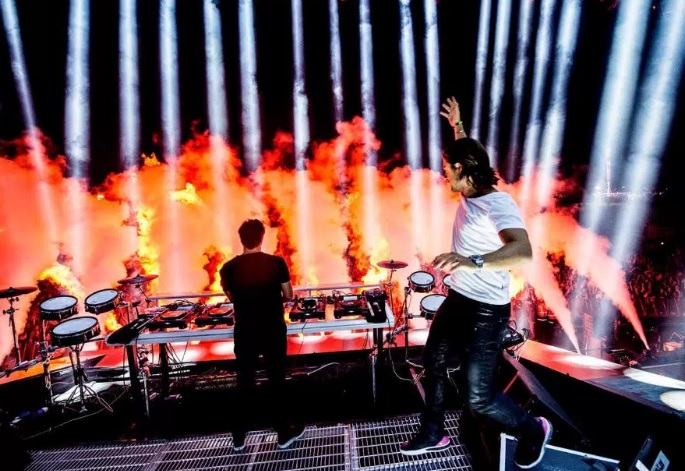 Axwell^Ingrosso‘s latest single ‘I Love You’ featuring Kid Ink, has been remixed by CID. The remix, available now, sees the Grammy Award-winning New York producer twist the original in a deep and energetic new direction.

‘I Love You‘ featuring Kid Ink has surpassed 20 million streams since its release and the dramatic, cinematic-style video – currently at over 1.9 million views on YouTube – follows a thriller narrative with an unexpected plot twist involving Kid Ink and three women.

Axwell /\ Ingrosso have just returned from Miami where they headlined the main stage at Ultra Music Festival to over 50,000 people.

And yesterday they performed an exclusive and intimate show at London’s Kamio to a crowd of around 300 lucky fans, who obtained their sought-after tickets by applying after Axwell^ Ingrosso announced it on their social media accounts only a few days beforehand.

Axwell^Ingrosso will be playing at Creamfield‘s Steel Yard London on 28th May, having previously sold out the ground-breaking 15,000-capacity event in Liverpool last year. They will also bring their spectacular headline show back to the main stage at Creamfields festival this year.