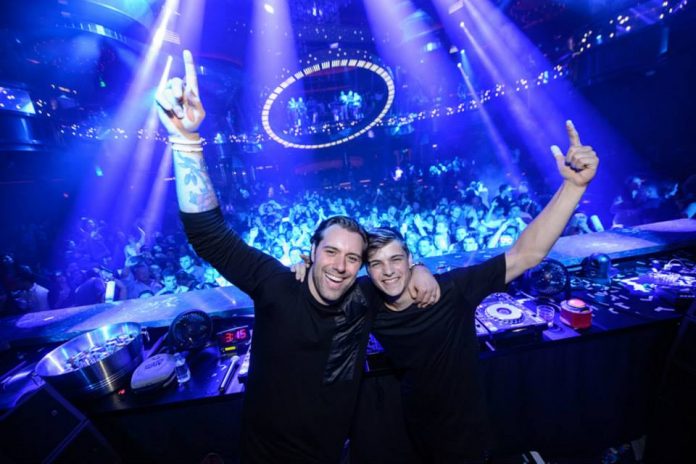 Dutch prodigy, Martin Garrix, was the center of a prank put on by famous Swedish duo, Axwell ^ Ingrosso, in their Bangkok hotel room earlier today.

The three headliners for Thailand’s Together Festival are seen goofing around before the big show in EDM DJ, Sebastian Ingrosso’s Instagram post.

The video shows DJ and record producer, Axwell, tricking Garrix into sticking his arms inside his shirt while music partner, Ingrosso, sneaks up behind the young superstar and pulls down his pants. The three immediately burst out laughing as Garrix pulls up his jeans and goes in for hug with Ingrosso.

The 20-year-old DJ, record producer and musician, just ranked number 1 on DJ Mag’s Top 100 DJs list for 2016 and he continues to kill the game in the EDM industry.

The prominent duo, Axwell ^ Ingrosso, former members of electronic music supergroup, Swedish House Mafia along with ex-friend, Steve Angelo, officially debuted their new twosome group in 2014. Since then, the two continue to gain a huge prominence in the EDM community.

Glad to see these DJs still have time to joke around with their crazy schedules. Keep us laughing you three.