This past weekend the Trance legend Armin van Buuren has found himself in an unusual place. Known for his laid-back personality, Armin is being accused of copyright and plagiarism and has got a lot of drama on his hands.

What started it all were the strange similarities in the name and logo design of his new 13 show residency in Ibiza and a Detroit Techno Collective’s name.

His new party residency at Ibiza’s new night club “Hi Ibiza” is titled “U R”, and the techno collective based in Detroit is known as ‘Underground Resistance‘ with a logo of ‘UR’. Apparently they don’t feel too comfortable with the similarities in names. 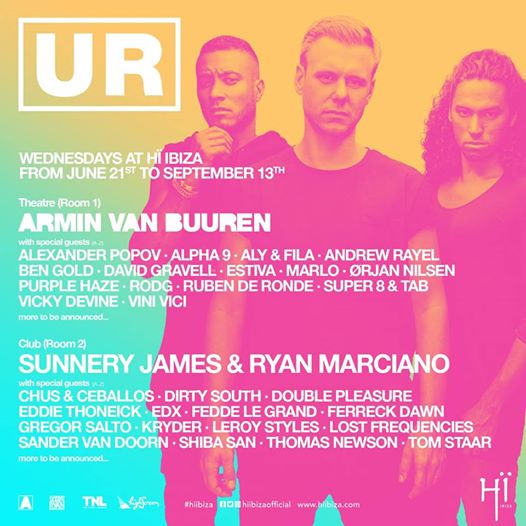 They have expressed their concerns by saying, “is there no shame? What happened to electronic creativity? What the fuck is it all about the money?? To “those who know” MOVE TO CONDITION RED!! To those who steal culture, you have been warned.”

Armin has since had to defend himself and has claimed that the name came from a previous Armin concept derived from the famous ‘Universal Religion‘. Here’s what he had to say.

“I would like to start off by saying how unfortunate and unpleasant this situation is for everyone involved. My team, the team of Hï/Ushuaïa and myself were not aware of the similarities between our logo and the logo of Underground Resistance. Originally, UR – the name of the new event through which I’ll perform in Ibiza every week – is derived from Universal Religion, an older but nonetheless known Armin van Buuren concept. The logo, which consists of a custom-made font and frame, was designed to conform with the Armin van Buuren brand. After careful deliberation, my team, the team of Hï/Ushuaïa and myself have decided to keep the name UR as it is and to adjust the symbol. I trust that media, fans and Underground Resistance will be able to understand this decision.”

It’s hard to think Armin is out there trying to steal other people’s product. He’s always been so original and legendary, but I’m sure the accusers in Detroit would tell you other wise. Stay tuned for future updates!