We have come to expect the unexpected from ATTLAS, and his newest release “What You Do To Me” is no different.

Featuring a steady, driving beat layered over cascading synths and atmospheric melodies, “What You Do To Me” is subtly enchanting and completely gripping; it’s the type of song that could be the soundtrack for that perfect summer’s evening where romance blooms unexpectedly.

mau5trap‘s protege never fails to create incredibly dynamic, carefully crafted original productions – each possesses its own identity as if the track itself has its own life, full of intangible emotions and a storyline all its own. “What You Do To Me” follows ATTLAS‘s recent “Bad at Titles” in collaboration with his label boss deadmau5 and his nostalgic, nature-inspired “Further.” 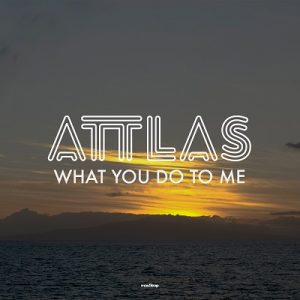 Jeff Hartford first took the music world by storm back when his identity had yet to be uncovered, and whispers began circulating that the enigmatic ATTLAS was actually deadmau5 producing music under a new alias. While he is not, in fact, deadmau5, Hartford‘s evocative and envelope-pushing productions landed him a home at mau5trap; he’s released his “Bloom” EP on the label as well as several high-profile tracks, including his Billboard #2 Remix of “Bitch Better Have My Money.”

It’s nearly impossible to place ATTLAS into a genre: his music incorporates everything from cinematic vocal clips to dark basslines to glitchy leads with captivating prowess. This ability to cross boundaries with seamless ease is part of what places ATTLAS into a new category of producers – those whose artistic vision transcends what most of us can even imagine.

Listen to the track below .

You can purchase the track Here.