Making its way around the globe to six cities and four countries since its inception in 2015, Dreamstate will bring thousands of fans home to the NOS Events Center in San Bernardino, CA. on Friday, November 24 and Saturday, November 25.

Following its first-ever hosted stage debut at EDC Las Vegas 2017, Dreamstate will bring the stunning visual production and ethereal melodies from quantumVALLEY to SoCal. Expanding to four massive stages featuring the most respected names in the genre, Dreamstate has grown to become an international leader in the trance movement. Last year’s sold-out celebration brought over 26,000 fans to the dance floor for legendary acts like Paul van Dyk, ATB, Simon Patterson, Vini Vici, MaRLo, and more. 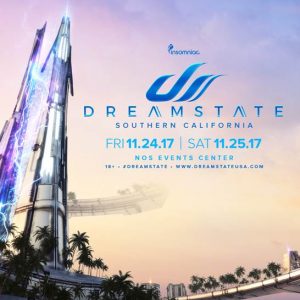