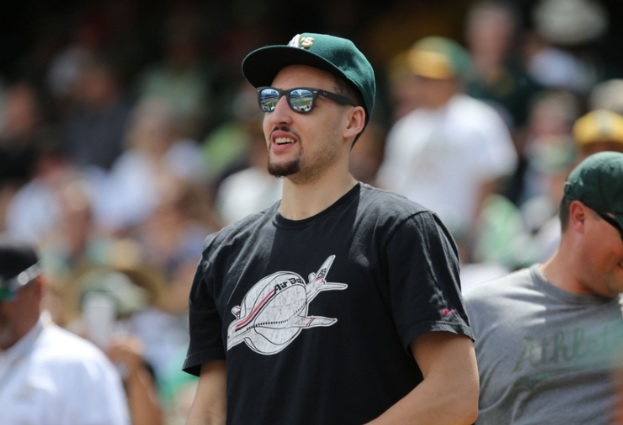 As most NBA fans know, Klay Thompson has been vacationing in China since winning his second ring, and making headlines.

Klay is currently The Golden State Warriors ‘ starting shooting guard and it seems he likes to have a little bit of fun in the offseason. The superstar was recently spotted gettin down to Tiesto and Oliver Heldens ‘ track called “Wombass” at a popular chinese nightclub. It’s hilarious.

Fellow NBA player CJ McCollum chimed in and had this to say about the video.

When you have two rings and the henny hits your system 😂 https://t.co/fqDw71G7kT

Don’t worry Klay, the nice thing about EDM scene is that everyone is welcomed! No matter how bad they dance. Check out this hilarious video below.

Klay Thompson is living it up in China
(📹: @Ginaxing_ELF) pic.twitter.com/ZFhm9KBP62