Seven years since his last memorable appearance at the Gasholder, techno icon Paul Kalkbrenner comes back with his own personal show on Friday October 20th. It will find him present Back to the Future on the Westergasfabriek terrain as part of Amsterdam Dance Event – ADE 2017, with DJ Pierre & Phuture, Simina Grigoriu and Michel de Hey.

Paul Kalkbrenner’s ‘Back to the Future’ will present remixes and mashups of techno classics that he himself grew up with, and it comes in association with Monumental Productions, who are also behind the world class Awakenings.

Kalkbrenner has been top of the global techno world for years. He is not just a popular act within the scene, but has lots of fans outside it as his music can easily be called groundbreaking. Some years ago Kalkbrenner started the mixtape series Back to the Future. The series was based on the many songs that have remained with him since his early years and he can now draw from over 5000 tracks. The mixtape series has evolved into an eponymous tour, with which Paul Kalkbrenner also shows his personal development as an artist. 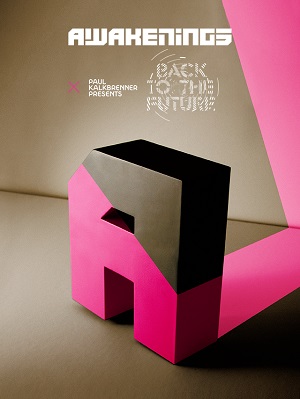 ‘The music I’ve found and will use during Back to the Future is music that hasn’t only changed Berlin, but also other capitals of electronic music, such as Amsterdam. The second half of the eighties and the first half of the nineties have been pivotal and decisive for me and for the entire European techno scene. ADE and Awakenings are also committed to techno culture and history, which is why I can’t wish for a better stage for Back to the Future,’ says Paul Kalkbrenner.

Digital edition of ADE 2020 attracts an audience of millions