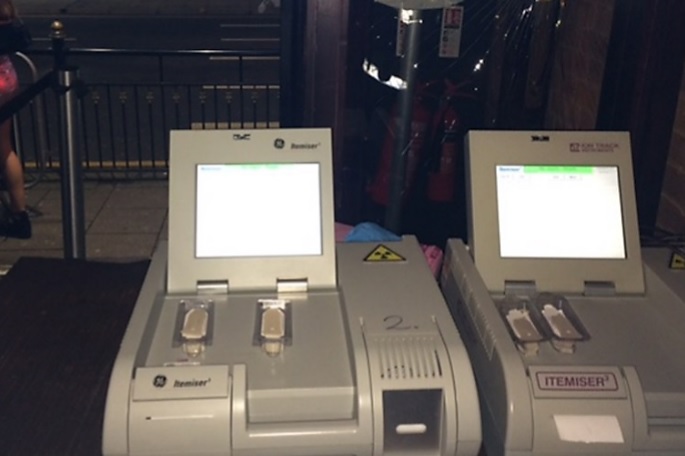 For years now law enforcement has worked in various different ways to keep drugs and drug users, out of nightclubs. Previously they struggled with non-invasive testing and quick results, but now those problems have finally been solved.

A club in Lincolnshire, Circle Nightclub has teamed up with law enforcement to implement drug itemiser machine at the entrance of the clubs. This will offer an alternative method for clubs and law enforcement to minimize the amount of drug-related activities that go on inside the nightclub.

“The machine reads the swabs and indicates if there has been any contact with illegal drugs. The machine is calibrated to test for a wide cross-section of drugs widely in use including Cocaine, Ecstasy, and Amphetamine. Those who tested positive were spoken to by the local officers and if the grounds were established, they would be searched under the misuse of drugs act.”

“Prior to the operation we swabbed all the public areas inside the nightclub, so the management were aware of the locations within the club where illegal drugs had been used. With this information they are able to put pro-active steps in place to deter similar activity occurring.”

This system is being tested out and is potentially going to spread to other nightclubs very soon because the swabs are cost-effective and simple.

“This was the first in a series of operations we have planned around the night time economy in Lincoln. The management at Circle were really keen to help us launch this initiative; they want to ensure that a night out at their venue is a safe and fun experience for all their customers. The feedback from the public on the night was also really positive; everyone was happy to be swabbed and could see the benefits of the operation.”