Widely acclaimed UK DJ and producer, Patrick Topping has unveiled his biggest ever headline show to date, with the ‘Be Sharp Say Nowt’ producer set to play Manchester Academy on 2nd March 2018.

The event, organised by Kaluki, marks a fresh footnote in Patrick Topping’s meteoric rise in recent years, and follows a monumental 2017 for the North-East DJ, who once again featured as a regular fixture at Jamie Jones‘ iconic Paradise residency in Ibiza.

A regular at the likes of fabric, Printworks, In:Motion and the Warehouse Project, tickets for Patrick Topping’s Manchester Academy headline event will go on pre-sale at 9am on Thursday 14th December, with general sale starting at 9am on Friday 15th December 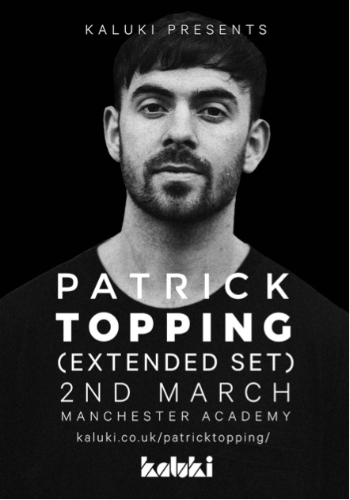