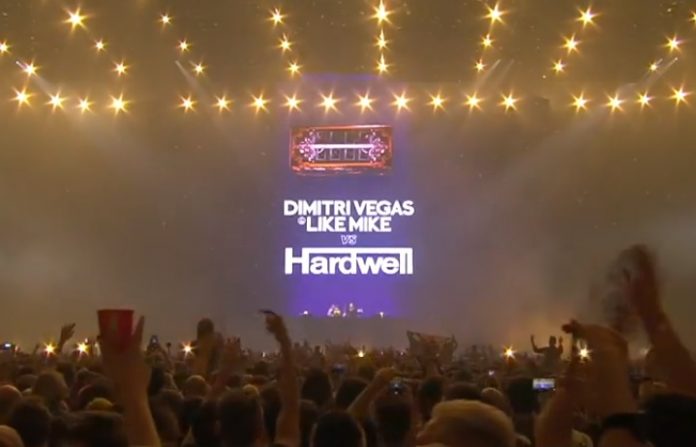 The kings of Tomorrowland, Dimitri Vegas & Like Mike and former DJ MAG number 1 DJ in the world, Hardwell, seem to have finally put their differences aside.

The powerful EDM duo returned home to Antwerp, Belgium for yet another successful installment of their ‘Bringing The Madness‘: Reflections shows. They also brought out a huge surprise for their die hard fans from all around the world, as Hardwell joined them on stage for an impromptu B2B set.

The 2017 edition of their colossal ‘Bringing The Madness’ arena show was undoubtedly bigger, bolder and more insane than any show they’ve yet to perform indoors, which also led to the live debut of a brand new collaboration with Hardwell.

Here’s what Hardwell had to say about their awesome performance:

“Just like to thank Dimitri & Mike for the invitation to join them at this year’s Bringing the Madness concert! What a fun show that was! The production tonight for their homecoming show was super impressive and the fans were incredible! Had a lot of fun and it was create to share the stage with the brothers again! I hope everybody enjoyed the new music.”

Relive their incredible show below. Their new collaboration starts at the 1:06:20 mark.