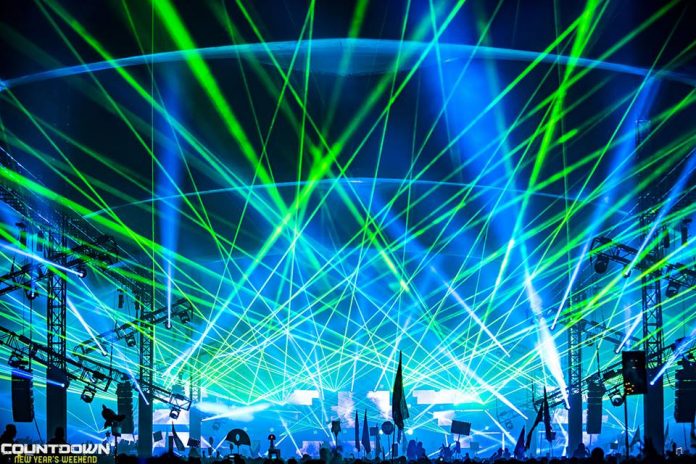 Insomniac’s 4th annual Countdown NYE festival has come to a close as we celebrated 2017 and rang in the new year. The show was no doubt a huge success with 3 massive stages and over 50 world renowned artists.

The event is tabbed as West Coast’s largest NYE party and they aren’t kidding. Over NYE weekend, upwards of 78,000 total attendees showed up ready to dance and ring in the new year in style. Nos Events Center in San Bernardino, California was transformed into a wild confetti-filled wonderland with some of our favorite DJ’s there to help us celebrate NYE the right way.

As I mentioned earlier, the event had 3 massive stages spread across the festival grounds. What came along with those stages were 1,100 lights, over 40 lasers, 24 confetti cannons, 30 CO2 jets and a whopping 1,100 video tiles for our pleasure. 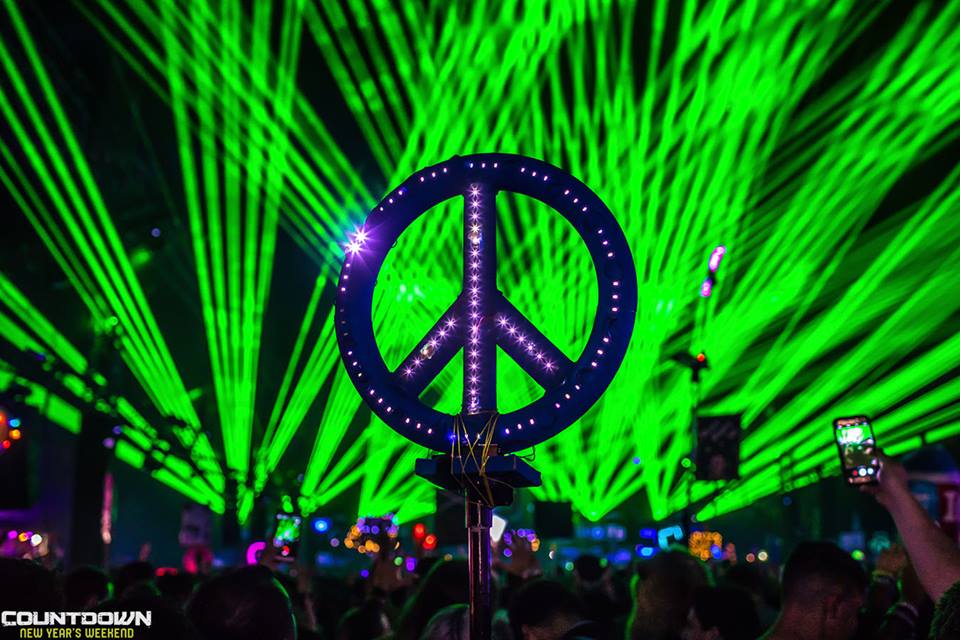 If that wasn’t enough, the food spread was insane. They even had a food truck area with great music pumping out good vibes. Some of the more well-known food trucks included the fan favorite Kogi truck, BellyBombz for those who love their wings and the Beyond the Bowl truck.

Now let’s get to the lineup, it was absolutely stacked. The Resolution stage seemed to be the main stage for it was the biggest of the three. It was host to talents like Porter Robinson, Alison Wonderland, Galantis, Diplo, personal favorite Habstrakt and oh let’s not forget about Deadmau5. Along with Deadmau5 came his awesome 2.1 production cube stage setup that literally blew us away. 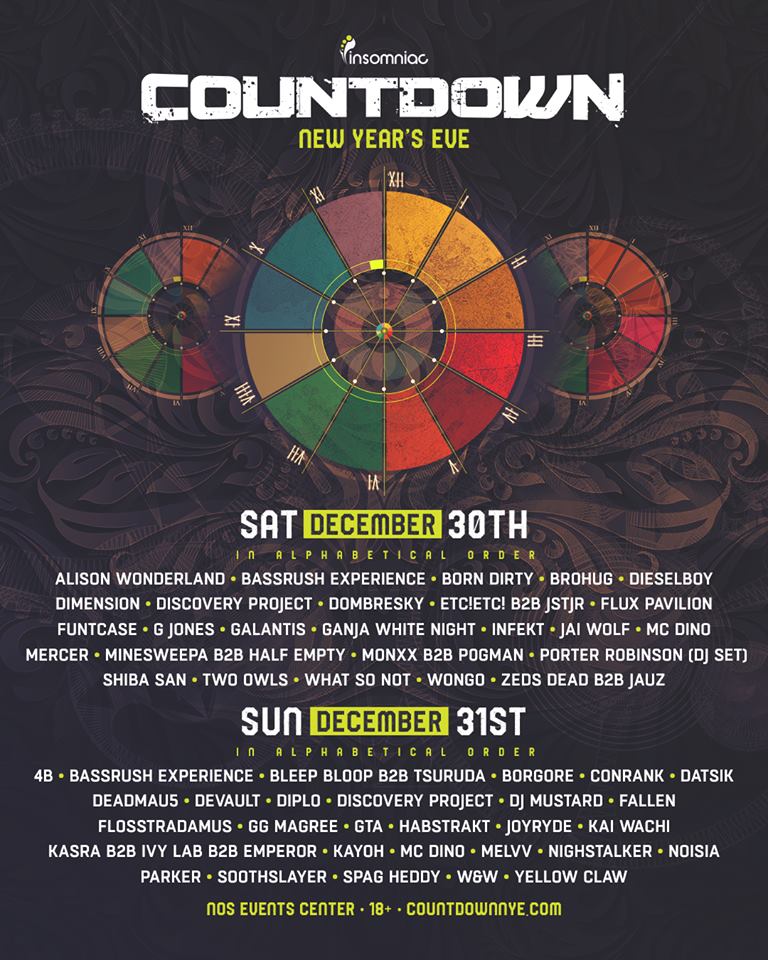 Next up was the Infinity stage which was located almost exactly in the middle of NOS Center. One of the main highlights of the weekend was the much anticipated b2b set with dubstep legends Zeds Dead and Jauz. Other artists like Shiba San, Dj Mustard, W&W and Yellow Claw also performed.

Last but certainly not least was the Continuum stage which we quickly labeled the bass stage. This stage had more bass than our hearts could even handle, the place was a madhouse! Dubstep legends like Flux Pavilion, Datsik, Borgore, Funtcase all absolutely killed it. Let’s just say bass heads were pretty pleased with the lineup they received over the weekend. 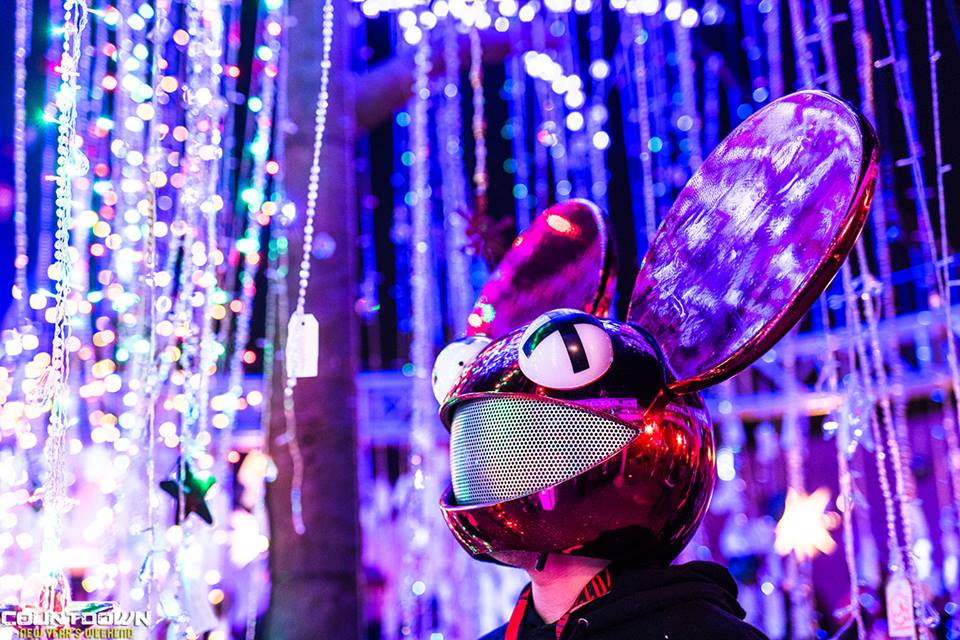 It’s taken me a week to get over the fact that it’s over, but it’s back to reality now with a few good festivals on the horizon. Next up is Crush SoCal in February and the much anticipated Beyond Wonderland Festival in March. Will I see you there? 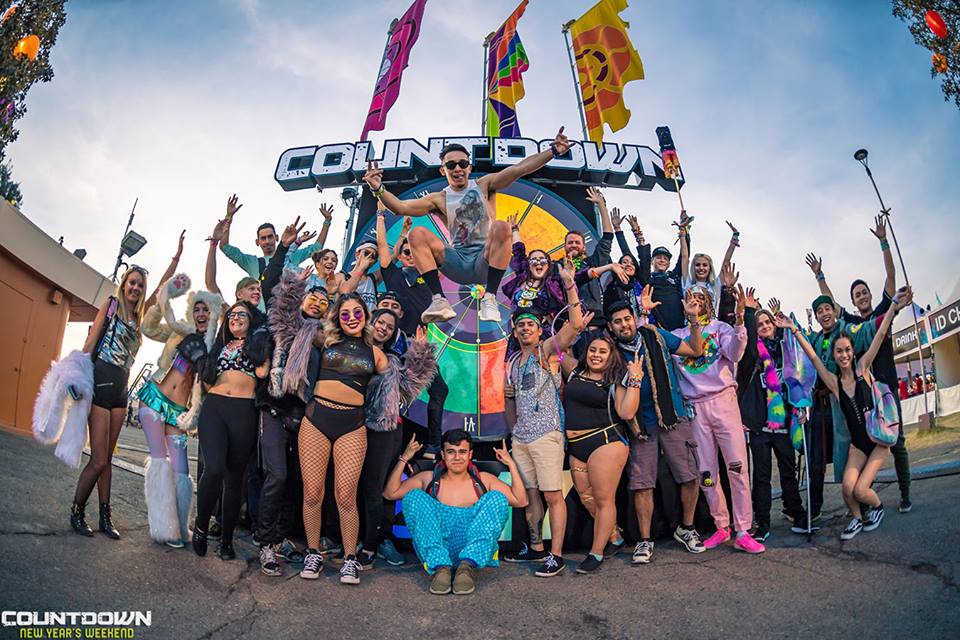