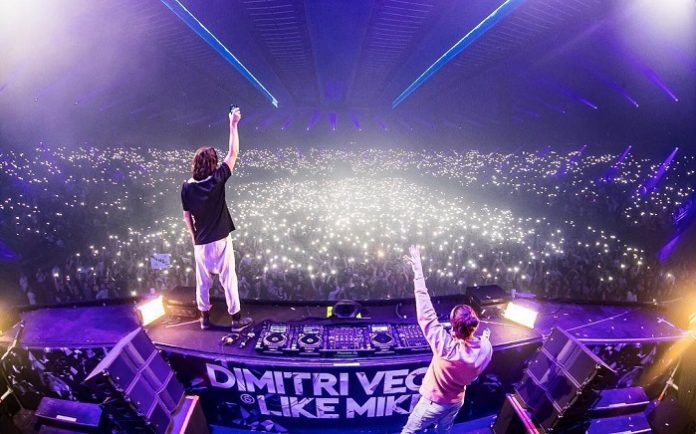 Fans of the Belgian Big Room power duo, Dimitri Vegas & Like Mike who weren’t able to make any one of the four sold out ‘Bringing The Madness: Reflections’ arena dates needn’t fear, because the brothers are giving those who missed out on the gargantuan homecoming shows at the Sportpaleis Arena the chance to get in on the action.

Filmed in HD quality, Dimitri Vegas & Like Mike fans can now catch the full live set of the entire end of year spectacle and witness the madness for themselves thanks to the Belgian duo deciding to make a full and official liveset stream available.

The Belgian brothers returned to the Sportpaleis Arena for their ‘Bringing The Madness‘ homecoming show, making it bigger and better than ever before, with the full Tomorrowland production on show for 80,000 people spread across 4 shows and including special guests such as Afrojack, Steve Angello and a very special surprise invitation in Hardwell joining them onstage for the very first time at the Belgian show.

Whether you want to relive this mammoth experience all over again or witness it for the very first time, don’t miss out on what is essential viewing of what has been labeled by fans and critics alike as one of the most incredible and truly jaw-dropping shows of 2017.

A benchmark in the scale of production for a DJ show, the Bringing The Madness: Reflections’ party is a unique experience unlike any like it in the dance music world. So join its hosts Dimitri Vegas & Like Mike as they relive the madness of their end of year show once again!