After a number of severe hospitalizations, authorities have sent warnings out to six different schools in the Northern Yorkshire area regarding Ecstasy.

It’s being reported that the hospitalizations were due to a batch of ‘super pills’ referring to the Orange Tesla ecstasy pills. After several health-related incidents occurred at one of the schools, warnings were issued to schools in Leyburn, Catterick, Richmond and Bedale. Thankfully all of the students are said to have made a full recovery.

These Tesla’s have been circulating for a few years now and it seems like they continue to get stronger and stronger. These specific tablets are said to contain a potentially fatal dose of 240mg of MDMA, which is considerably higher than the average ecstasy pill. To make things worse, the Drug safety organization called The Loop had previously issued a similar warning on these exact Teslas in 2016. 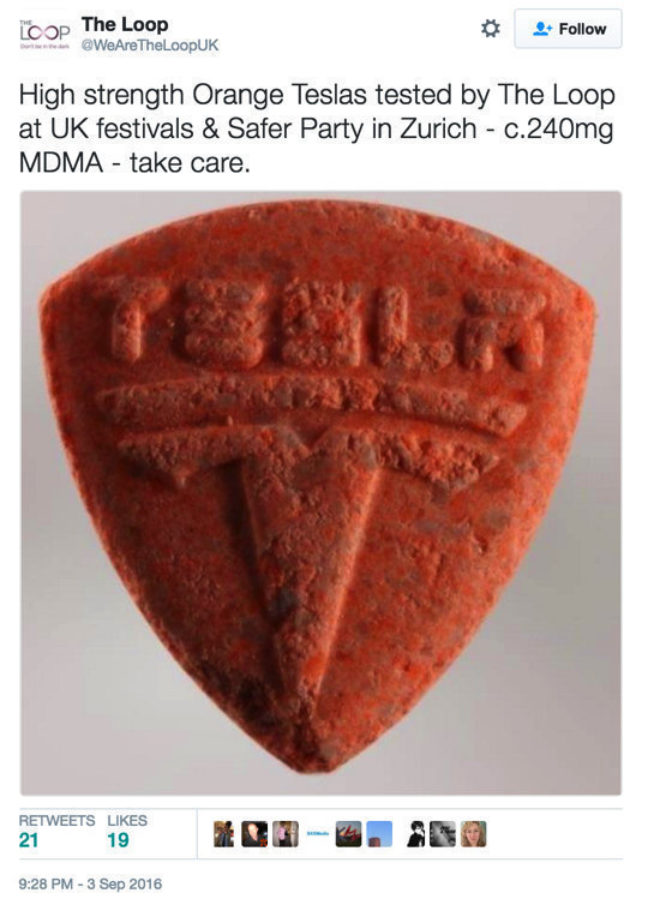 North Yorkshire Police have since released a statement with the county council saying: “We prioritize the safeguarding of children wherever they are”.

Be wary of what you consume and party safe!