Love him or hate him, it’s hard to deny the success of DJ Carnage. He first hit the scene back in 2013 with his smash single, “Incredible” feat Israeli DJ Borgore, and since then he’s released two charting albums and has managed to make the billing at top festivals such as Belgium’s Tomorrowland and Ultra Music Festival.

Despite this rise to fame, not everyone’s a fan, and this became especially apparent after an attendee tweeted this comment following his weekend performance at Crush Arizona:

Not one to let things like this slide, Carnage fired right back at Tyler with this:

This jarring statement was then followed by a multi-tweet rant. In it, Carnage goes off on a multitude of issues, including that current state of the electronic music scene and the whole concept of PLUR being hypocritical.

You can view the full posts below:

majority of people who rep plur are some of the most negative people I’ve ever met.. 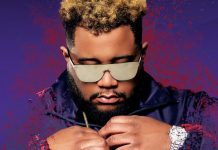