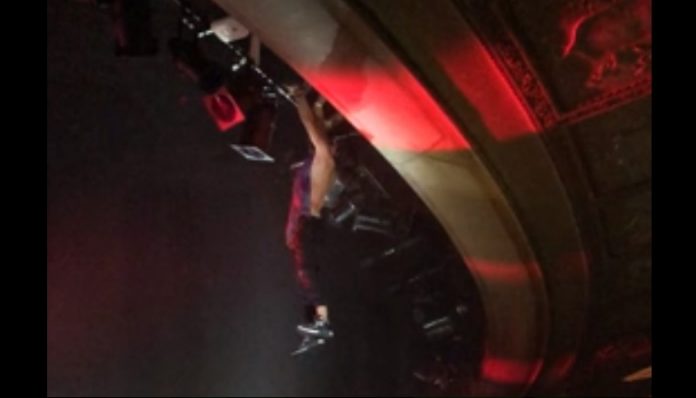 This past weekend in Detroit, a crazy fan was caught on tape dangerously hanging off a venue balcony. While Above & Beyond dropped ‘Naked’, this guy lost his mind.

The show took place on Sunday at the Fillmore in Detroit and Above & Beyond were headlining. During their set, a shirtless man wound up on some light scaffolding that was attached to the venue balcony.

After hanging and apparently doing a few pull ups, he is shown being quickly pulled up by his friends in the video. A fall could have been fatal.

Every once and a while we come across these crazy videos at trance events. Check out this crazy video below and party safe!