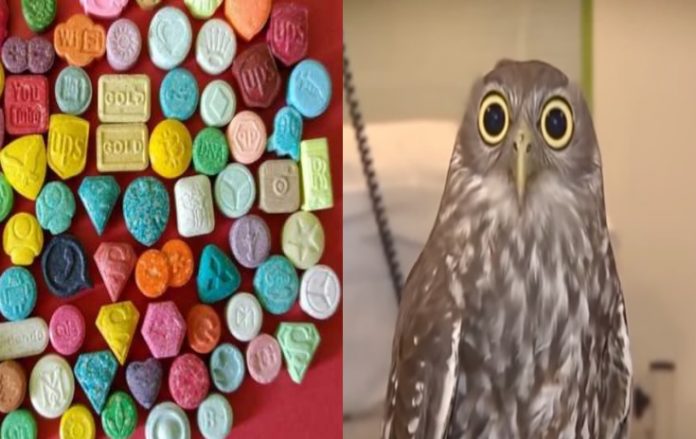 Police have issued a warning after six kids aged 13 were taken to hospital after ‘taking bad batch of ecstasy pills’.

The youngsters, all aged 13, fell ill and were taken to Crosshouse Hospital in Kilmarnock on Saturday. Detective Inspector Fraser Normansell said: ‘One line of enquiry is that they had taken a type of MDMA tablet, believed to be red, green and brown in colour, bearing an owl logo’

‘We want to remind the public that any drug can be dangerous and that you are putting your health at risk if you do take anything unknown to you.

Anyone who feels unwell, or knows anyone who appears unwell after taking these substances should seek medical treatment as soon as possible.’ he added.

The children, who are all known to each other, were kept in hospital overnight for observations.