Aside from being a legendary house DJ and producer, Joel Zimmerman, better known as Deadmau5, has also become known for his famous mouse head helmet that he wears at each of his live shows.

According to a post made by a user on the social media platform, Reddit, there’s a lot more going on with Deadmau5 helmet than meets the eye.

“At the front on the bottom of the LED mau5head there’s a small camera and those little goggles inside the mask bring him up close to a small screen which shows what the camera sees,” Reddit user _lack explained.

“Kind of like an Oculus Rift or something. The mau5head was able to display multiple images which went with the music adding more visual effects to his already amazing stage setup known as ‘The Cube’ when he performed with this particular mau5head” he added.

The post also included two photos displaying the inner workings of the helmet. Check them out below: 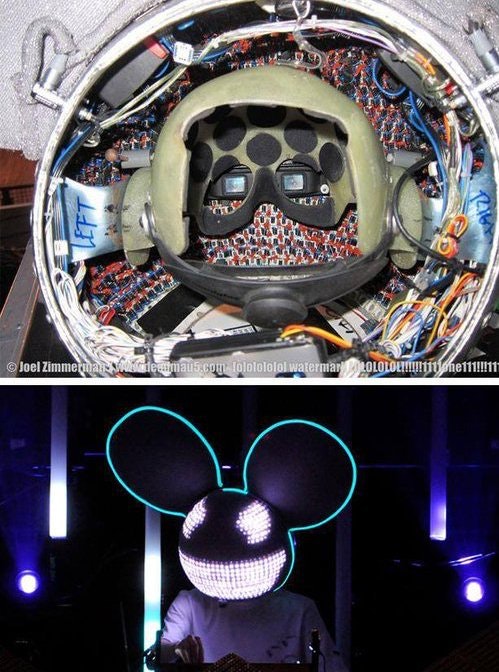