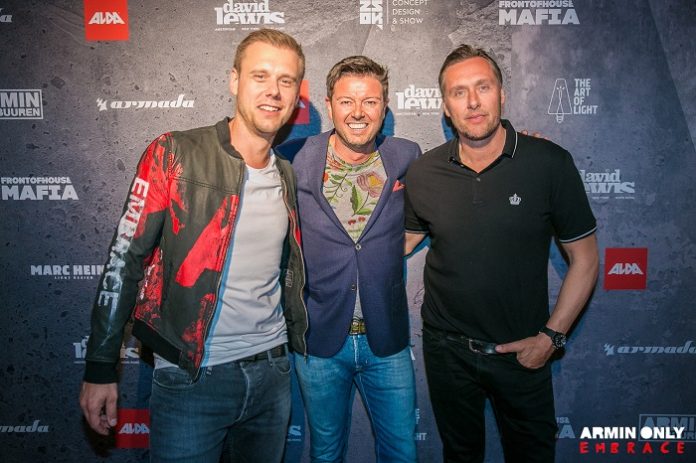 After a one-year hiatus, Miami Music Week’s International Dance Music Awards have returned to the dance music hub with their 32nd edition and boy, did Armin van Buuren and Armada Music make it count.

The five-time #1 DJ in the world and a key figure in the electronic music scene since seemingly forever, Armin van Buuren showed his peerless versatility in the past year by not only strengthening his roots with blistering Trance productions and massive mainstage live sets, but also by giving rise to pop-scented singles such as ‘I Need You’ (with Garibay and Olaf Blackwood), ‘Sunny Days’ (feat. Josh Cumbee) and, more recently, ‘Sex, Love & Water’ (feat. Conrad Sewell).

Having shown the full range and impact of his internationally acclaimed skill set, he has pushed himself further than many thought possible, laying the foundations for this huge IDMA hat trick: a personal award for ‘Best Male Artist (Mainstream)’ as well as awards for ‘Best Music Event’ and ‘Best Podcast / Radio Show’ for A State Of Trance. 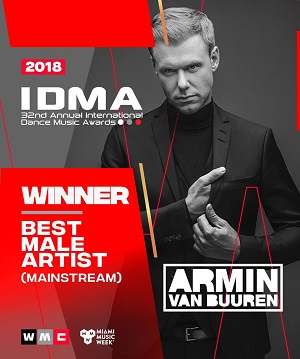 Having won the IDMA for ‘Best Global Label’ for an unprecedented five times, Armada Music had already staked its claim as the award’s top contender when their nomination was made public earlier this year.

This IDMA for ‘Best Global Label’ serves as a crown to their hard work in the same year the label celebrates its 15-year anniversary. 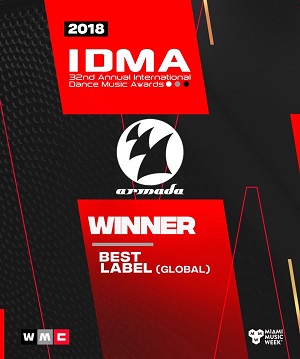 As if that wasn’t enough, Armin van Buuren‘s ‘A State Of Trance‘ empire notched up two awards as well. The radio show, which has a loyal following of over 40 million listeners per week and is broadcast from over a hundred stations in more than 80 different countries, not only earned the right to call itself ‘Best Podcast / Radio Show’ for a full year, but also saw its music event spin-off – the legendary, globally acclaimed A State Of Trance events (including the designated ASOT stage at Ultra Music Festival Miami coming Sunday) – rack up the award for ‘Best Music Event‘, making it four awards out of four nominations this year for a stupendous 100% efficiency. 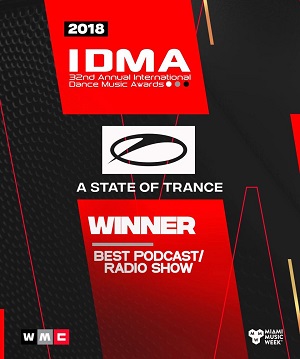 “Over the past few years, we’ve been working round the clock to show the world who we are: an incredibly diverse and versatile label with an equally diverse artist roster that can work dance music on a truly global scale.

To win the award for ‘Best Global Label’ and to see Armin van Buuren do so incredibly well is what we hoped to achieve. We feel blessed that our artists trust us to work with them on their careers and we are grateful toward our fans for their help in achieving these milestones in the same year we celebrate our 15-year anniversary.” 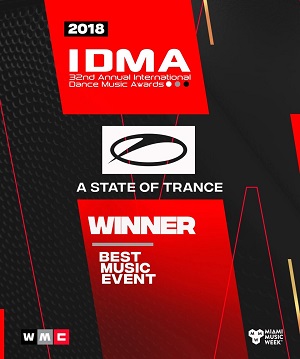 And here’s what Armin van Buuren had tho say about this:

“Just heard the news about winning the IDMAs for ‘Best Male Artist (Mainstream)’, ‘Best Global Label’, ‘Best Podcast / Radio Show’ and ‘Best Music Event’. I feel blessed knowing that so many people around the world appreciate my music, my radio show and my label.

I couldn’t have done this all without them and the amazing team around me: Maykel, Dave, Sander, Benno and Ruben for ASOT, my supporting and lovely wife Erika, and of course everyone at Armada Music, David Lewis Productions, Alda Events and 250K!”