The highly anticipated return of Chicago’s Spring Awakening Music Festival is back for its seventh edition in 2018. With the festival only 2 months away and it’s massive lineup being released, let’s get to it!

Spring Awakening is tabbed as the Midwest’s largest electronic dance event, hosting over 50,000 party-goers each and every year. The festival will take place from June 8-10 at the Addams/Medill Park just outside of the beautiful, Little Italy.

With three new branded stages being added to the mix, festival-goers will get their taste of a wide variety of music. After attending previous years, the city of Chicago and local promotional company React Presents sure know how to throw a party.

As I mentioned above, the three new branded stages are the Heldeep, DJ Mag and Requiem stages. Attendees will see 6 different branded stages over the weekend along with the massive Solstice and Equinox Main Stages.

This years lineup will host multiple huge name artists such as Deadmau5, Kaskade, Steve Aoki and many more. With both phases being released, here is a look at the final lineup for the 2018 edition of the Spring Awakening Music Festival! 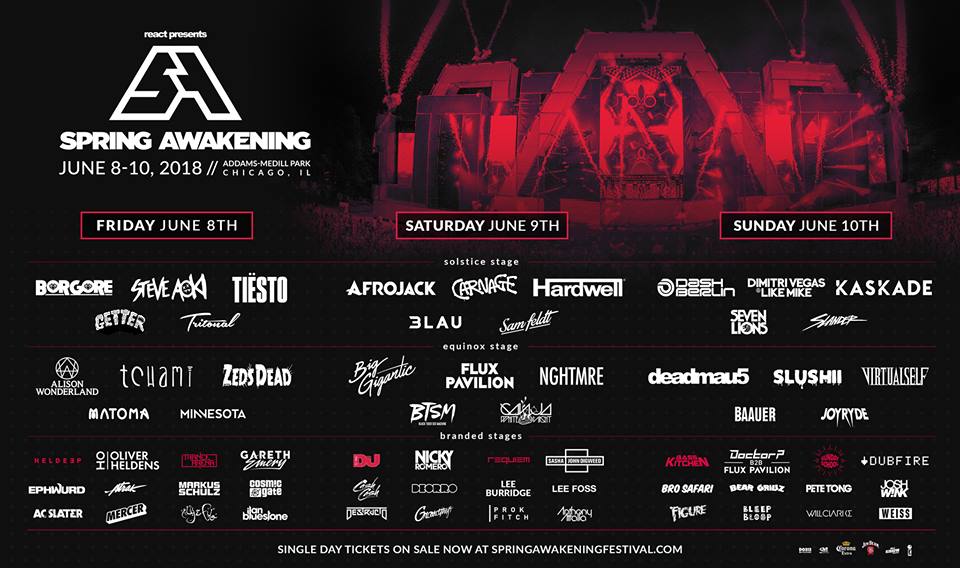 This might be one of the most stacked lineups you’ll see over the summer in 2018. The event will host artists from almost every music genre including House music, Trance, Dubstep, Drum n Bass and Techno. I personally will be attending this event and I suggest you do so as well!

Gates open each day at 1:00pm sharp, get your tickets here before they are gone! You do not want to miss this. 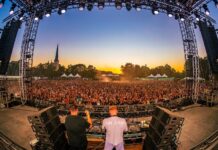