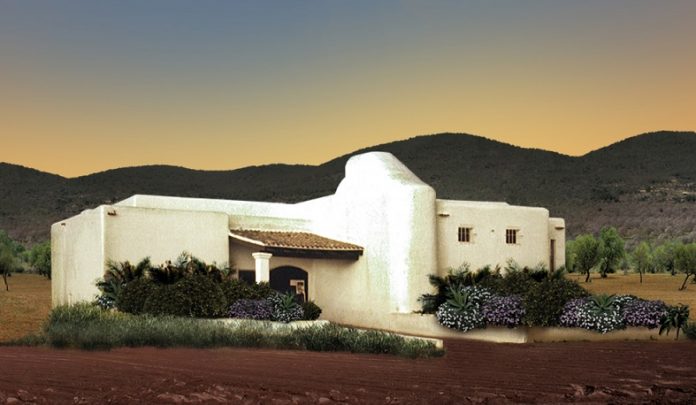 Pacha Ibiza is back with 6 opening parties over 3 weekends featuring headliners: Hot Since 82, Sven Väth, Seth Troxler, Dixon, Fatboy Slim and Solomun each ALL NIGHT LONG.

In 1973 Pacha landed in Ibiza during the much documented hippie movement- a small Ibizan finca located on the outskirts of the island’s original urban core and capital Ibiza Town. From a converted farmhouse to super club, Pacha humbly began life as the disco that soon became Ibiza’s most recognised and iconic club – a true dance music mecca and beacon of global bohemia.

Since the original boom of dance music in the mid 1980’s and transformation of the island into the ultimate clubbing destination it is known for today – Pacha’s brand has evolved immensely and embraced longevity with unrelenting passion. While the iconic red cherries can be seen around the world through hotels, restaurants and even its own record label, it is undoubtedly at its finest in its spiritual home of Ibiza. 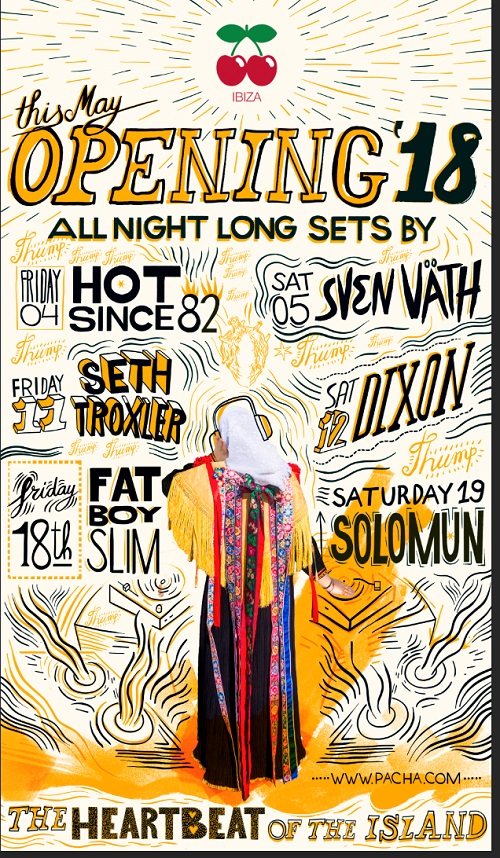 Closing for the first time in decades this past winter to remodel, Pacha will pull down the curtain and reopen its doors on Friday May 4th. After months of suspense, a total of 6 opening parties are to be held during the first 3 weekends of May under the concept: All night long featuring headliners: Hot Since 82, Sven Väth, Seth Troxler, Dixon, Fatboy Slim and Solomun.

The many corridors, courtyards and dancefloors that make up one of the worlds most iconic clubbing complexes, complete with whitewashed walls and palm trees, have always referenced back to its routes as an Ibiza finca. As the 2018 season awaits, Pacha would like to dedicate this new era, above all, to the residents of the island. On May 4th, 5h, 11th, 12th and 18th the entrance will be free for them until 2:30AM. (With valid ID or residence certificate)

Pacha Ibiza’s redesign seeks to capture the excitement and experience between clubber and DJ; modifications including bringing the DJ booth to the dance-floor, simple in practice yet monumental in feel.

With the help of celebrated and awarded architect Juli Capella, the historic venue’s spaces, passageways and bar areas have been redesigned to operate smoother, while retaining the structures original opulent grandeur with a new sensitivity to the values of eco-design and sustainability. The clubs welcoming interior tone has been also restored with luminous Mediterranean colors, and other physical works, inspired by some of the most simple forms of the Ibizan constructions.

Most notably, the barrier of the clubs original elevated DJ booth has been overcome with a new position, now located in the middle of the dance floor. While this layout was presented during the Sunday residence of Solomun+1 last year, it is now a permanent change.

The architect Capella commented that “centering the cabin is the most natural way for the public and DJ to feel the greatest connection.”

During the first 3 weekends of May, in the company of Hot Since 82, Sven Väth, Seth Troxler, Dixon, Fatboy Slim and Solomun, Pacha invites you to experience the real essence and authenticity of Ibiza.

Pacha opens Friday, May 4th with Hot Since 82 all night long.