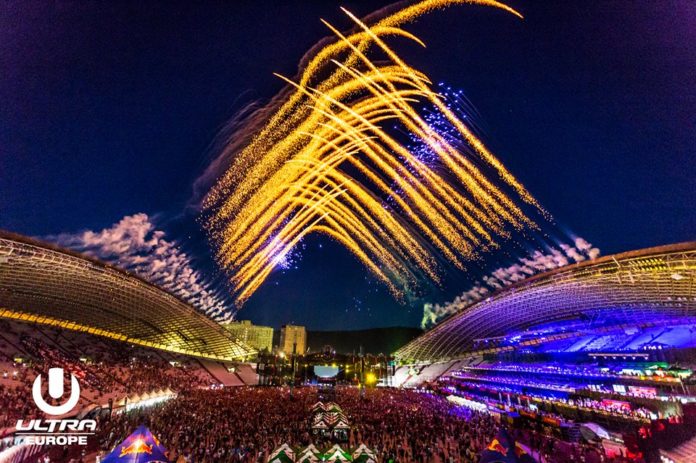 The most sought after destination festival of the summer – ULTRA Europe – has announced the second phase of its star-studded line-up. Over 30 names have been added to the already impressive billing, with superstar artists like Steve Aoki, Seth Troxler, Jamie Jones and more joining the already announced headliners set to perform at the biggest ULTRA Europe yet.

ULTRA Europe is a part of the weeklong Destination ULTRA experience. The celebration will begin with the Destination ULTRA Opening Party on July 5 at the Giraffe Palm Beach House in Split, and will close with the prestigious RESISTANCE Vis at the historic Fort George on July 11. The main event, ULTRA Europe, will return to the Poljiud Stadium in Split on July 6-8.

ULTRA Beach Hvar, a staple in the Destination ULTRA calendar, will be hosted once again at the Hotel Amfora Grand Beach Resort on the idyllic island of Hvar on July 10. Upwards of 30,000 people from more than 80 countries all over the world have attended ULTRA Beach Hvar in the past 5 years, with this edition set to be the biggest yet.

This year ULTRA Beach Hvar will be a day party starting at 1pm and running until sunset. The official after party, RESISTANCE Hvar, will take place from 11pm at the famous Carpe Diem Beach Club on the Pakleni Islands.

Zlatni Rat Beach, Bol on the island of Brač, will play host to the Brač Regatta at the brand new 585 Club on July 9, fit to house the scores of partygoers taking the trip to the island keen to get the full Destination ULTRA experience.

Tickets for ULTRA Europe 2018 are on sale now, exclusively via link.