Besides promoting his new single “One Kiss”, Scottish DJ and producer Calvin Harris has been pretty quiet lately. That all changed this past weekend when he and new girlfriend Aarika Wolf, were in a pretty serious car accident.

The accident occurred on a residential street in Beverly Hills, CA. TMZ has reported that witnesses claim to have seen girlfriend Aarika Wolf, behind the wheel as their Range Rover crashed into another car. Apparently a driver of a Honda started to turn left into a driveway, as Aarika failed to notice the car slowing, she plowed right into the left/back side of the vehicle.

The passengers in the Honda claim neither Calvin or Aarika seemed to be worried and never asked if they were okay. The police would soon arrive on scene and a police report soon after that. This isn’t the first time Calvin has been involved in a car accident. We hope that he will be more careful on the roads, and wish him better luck in the future.

Check out the photo released by TMZ below! 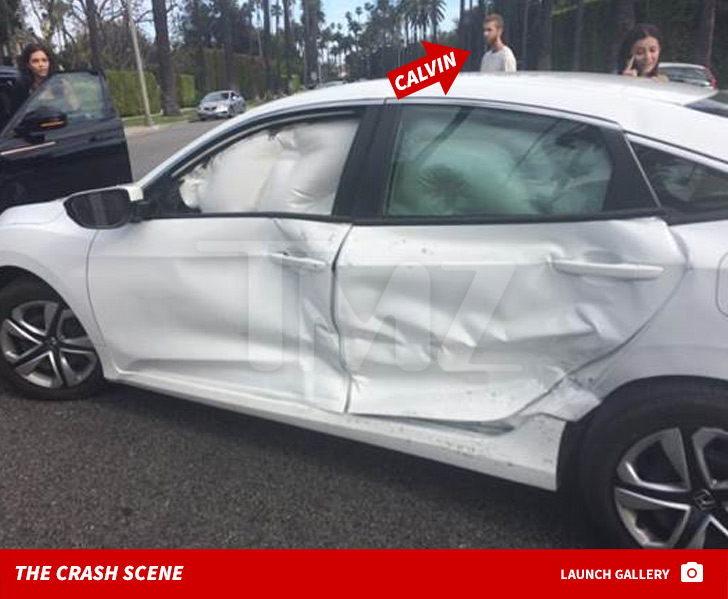