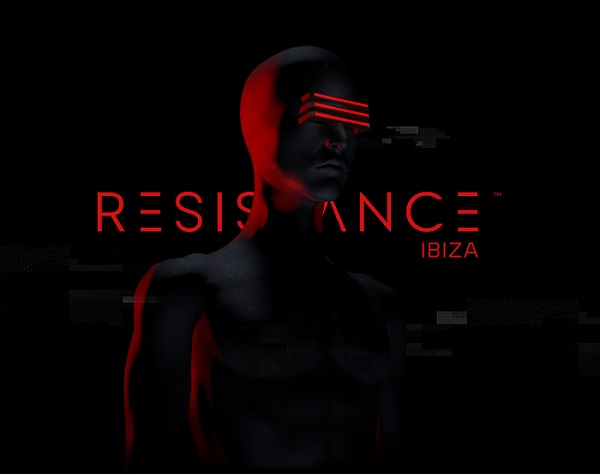 RESISTANCE Ibiza has announced the full line-up for its mammoth nine-week residency at the biggest club in the world, Privilege. The monumental residency will begin with the Opening Party on 17 July and runs every Tuesday until the massive residency closing party on 11 September.

ANNA B2B Fancesca Lombardo, Charolette De Witte, Enrico Sangiuliano, Ida Engberg, Joris Voorn and Stephan Bodzin Live are just some of the prestigious names amongst the scores of techno superstars that have been added to the already impressive roster. 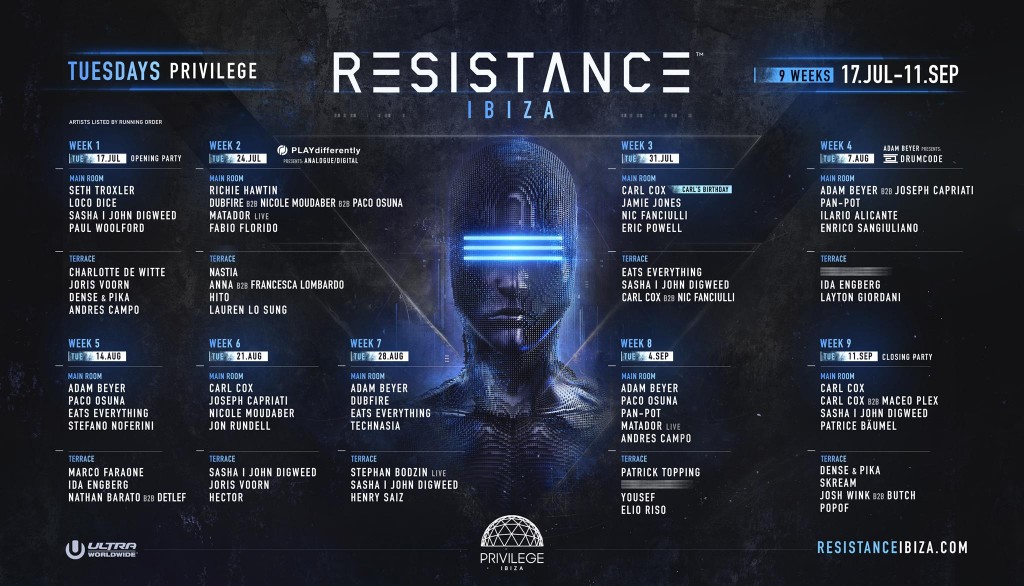 For the Opening Party Seth Troxler, Loco Dice and Sasha | John Digweed will headline the Main Room, while Charlotte de Witte, Joris Voorn, Dense & Pika and Andres Campo will play on the Terrace.

The following week will see Richie Hawtin merge his famous PLAYdifferently presents Analogue/Digital concept with RESISTANCE. The Main Room, ‘Digital’, will feature the man himself along with a rare Dubfire b2b Nicole Moudaber b2b Paco Osuna set as well as well as performances from Matador (Live) and Fabio Florido. Nastia, ANNA B2B Francesca Lombardo, Hito and Lauren Lo Sung will curate ‘Analogue’, a vinyl-only experience on the terrace.

Carl Cox will make his RESISTANCE Ibiza debut for his birthday alongside faithful fans and friends for Week 3. Jamie Jones, Nic Fanciulli, and Eric Powell will take over the decks alongside Carl to throw him a birthday blowout for the books, with Eats Everything and Sasha | John Digweed on the terrace after a special B2B set between Carl and Nic for the first time since Space Ibiza’s historic, final closing party in 2016.

Guaranteeing a Closing Party to remember, the nine-week celebration will wrap on 11 September with Carl Cox reclaiming his throne for a solo set and a first time B2B with Maceo Plex. Sasha | John Digweed and Patrice Bäumel will also grace the Main Room decks.Dense & Pika, Skream, Josh Wink B2B Butch and Popof will simultaneously take over the decks on the Terrace to cap off the immense season.

View the full lineup and program below. Tickets for all nine RESISTANCE Ibiza parties go on sale 9 May. For a chance to purchase the lowest price tickets, register now at link. 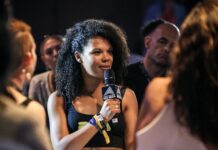