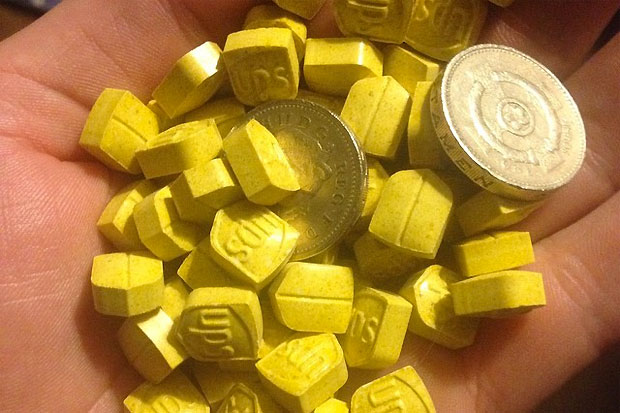 A new batch of pressed ecstasy pills in the shape of the UPS logo are now making their way across the United Kingdom, according to a report made by non-profit organization Dancesafe.

According to the report, these pills are being produced by the mysterious Netherlands based group Partyflock, and contain “high doses of MDMA (up to 278mg, which is more than double a standard dose).”

This isn’t the first time this crew has been responsible for these lethal doses either. Partyflock (also known as G-crew), have been known for producing some of the strongest batches in their country, with their portfolio including other previous presses such as Ferraris, Android, Tri-force, and Gold Bars.

These presses are premium, hard to copy pills in new shapes and sizes, and the majority include extremely high doses of pure MDMA. Locals who are familiar with the brand tend to use quarters or halves when ingesting these pills.

“They are hard-pressed, and some users say they take a long time to come up, as the pill takes a while to dissolve in your stomach,” Dancesafe explained, “So do not redose, thinking they aren’t working. Wait at least 1.5 hours before redosing, longer if you have a full stomach.”

“And in the meantime, while these Dutch imports are landing on these shores, any time you take any pill that looks really well-made or is unusually shaped, start low and go slow.”