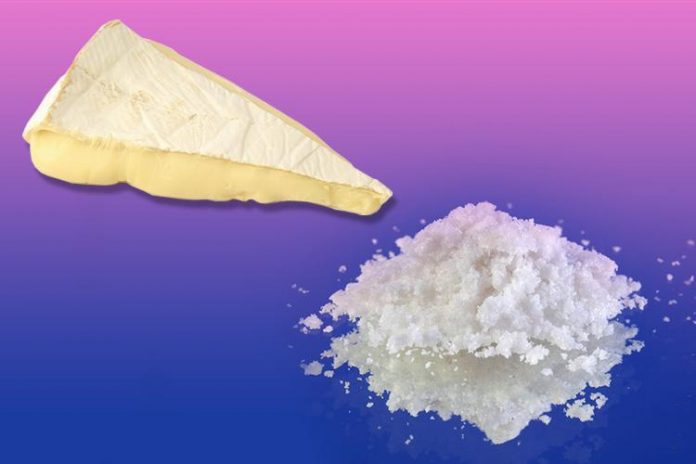 While illegal MDMA use has been popular in the electronic dance music scene for quite some time, it’s now a trending drug at middle-class dinner parties in the UK. And instead of being ingested in its usual form of crystals or pressed pills, people are wrapping it in Brie cheese.

Yes, you read that right. The new cheesy way of taking the drug is already labeled as “brieing,” and is a trend among Posh woman who are trying to relive some of their wilder youth.

According to the Metro, an anonymous 50-year-old business woman started the trend among her group of friends because they wanted to become closer. They decided to spice up their dinner parties with a little Brie wrapped MDMA and in result, claimed their friendships actually improved.

“I have a strong circle of female friends and we had tried all the latest fads, food fashions and destination dinner parties but something was missing. We did not seem to have as much of a laugh than as when we were younger,” said the anonymous woman.

“There always seemed to be barriers up between us. So one of our group suggested we all take MDMA together so we could open up to each other and improve our friendships.”

Following instructions from one of their children, the group pondered other, more tasty ways of ingesting the substance and the act of “brieing” was born.

“Nothing much happened for forty minutes and then the colors in the rug seemed to be more vivid and before I knew it, I was in an in-depth conversation about my fantasy sex life with an old friend,” said the anonymous woman.

However, ‘breeeing’ and taking MDMA in middle-age can result in emotional turmoil and epic mid-week come downs.

She said: “I thought it was funny that we were all taking “E’s n Cheese” together and we did have a real laugh on the night. But the come down I had was absolutely terrible, perhaps because I do not have a partner to go home to and get a big hug from it was worse for me. I still felt incredibly sad on the Tuesday night after taking it at the weekend, I will never be doing it again.”

The trend is surprisingly taking off as more and more “brieing parties” are being seen across the UK, however I’m not sure how long this fad will last. Who knows, maybe will start seeing magic mushrooms in greek salads.