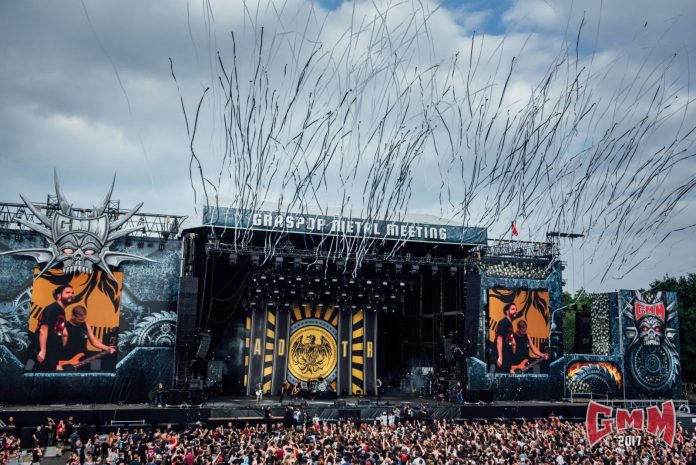 Graspop Metal Meeting, arguably one of the biggest and best music festivals world-wide has announced the lineup for the long anticipated 2018 event in Dessel, Belgium, which goes down June 21st-24th.

This year’s stellar lineup is better than ever ! Guns N’ Roses, Ozzy Osbourne, Iron Maiden and Marilyn Manson lead the pack this year alongside co-headliners Avenged Sevenfold, Volbeat, Limp Bizkit, and a newly-reunited A Perfect Circle.

See the poster below!

Graspop Metal Meeting takes place on June 21-24, 2018, and tickets are available via the Graspop website here, priced at €205 for all four days, €245 for the deluxe XL package, €89 for single-day Thursday and €99 for single-day Friday, Saturday or Sunday.

Check out the official website for day-to-day lineups and more here!