The most sought after destination experiences of the summer – Destination ULTRA – has revealed the final lineups for its weeklong series of events.

Set across seven days, the world-renowned music hub will blaze its trail across three of Croatia’s most scenic islands as well as the mainland, offering partygoers a jaw-dropping selection of music across the electronic, house and techno spectrum.

A record 120,000 attendees from 148 countries enjoyed the weeklong celebrations last year, yet Destination ULTRA is set to be even bigger this time around with a total of six events. 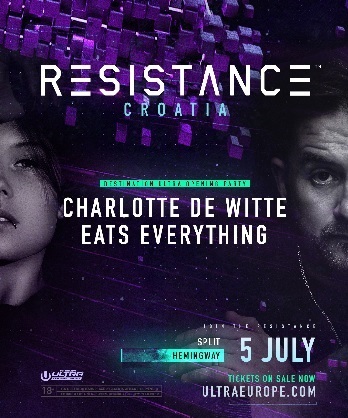 The Destination ULTRA Opening Party will kick off proceedings on July 5 at Hemingway in Split, headlined by Belgian bred techno queen Charlotte De Witte and house legend Eats Everything. 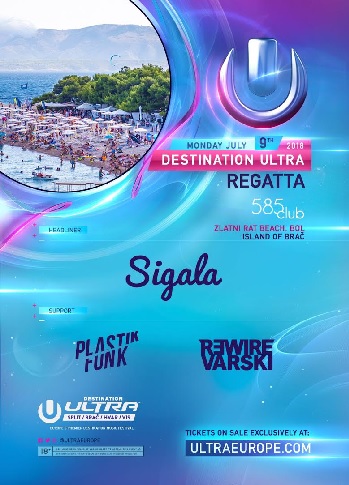 A mere day after the flagship three-day ULTRA Europe festival partygoers will migrate to Zlatni Rat Beach, Bol on the island of Brać as it plays host one more to Destination ULTRA’s Regatta, taking over brand new venue 585 Club. Sigala will headline the Destination ULTRA event for the first time, supported by Plastik Funk and Rewire Varski. 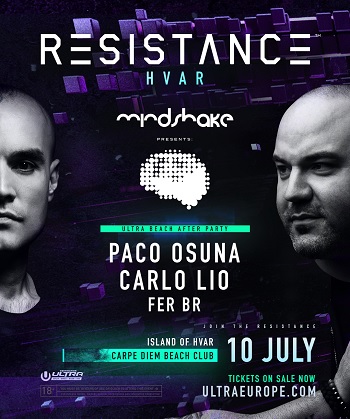 Following the star-studded ULTRA Beach Hvar on July 10, headlined by Nicky Romero, Fedde Le Grand and Oliver Heldens at the prestigious Amfora Hvar Grand Beach Resort, the brand new RESISTANCE Hvar is set to keep the party in motion as the festivities continue just a short boat ride away over at Carpe Diem Beach Club.

Set on the stunning, world famous Pakleni Islands, RESISTANCE have secured two of house and techno’s biggest and best. Holding a 20 year-long career and returning to the RESISTANCE family, Paco Osuna will bring his Mindshake label mates with him including Carlo Lio and Fer BR for a night of dancing under the stars. 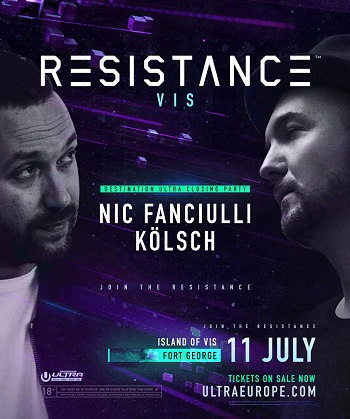 To finish things off, Ultranauts will boat over to the picturesque island of Vis to the historic Fort George for the sixth and final event of the week, the official Destination ULTRA closing party, RESISTANCE Vis. Keeping the theme of previous years, Nic Fanciulli will be closing sown the week-long musical journey. In addition, Danish superstar Kölsch will be joining Nic to close out the week with a bang.

Tickets for all Destination ULTRA events are available via link. 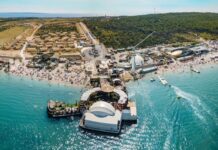