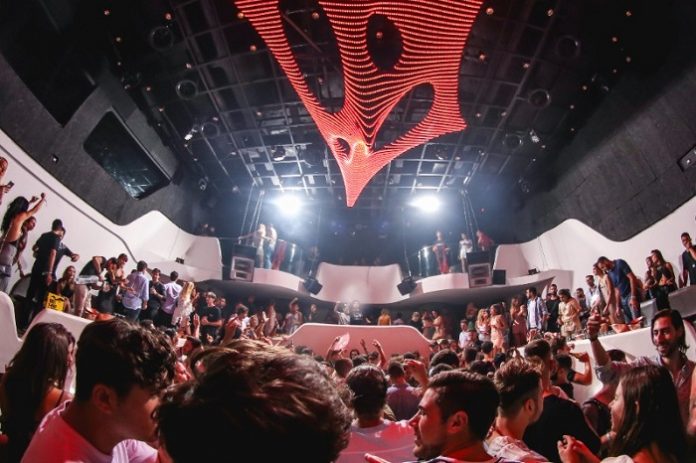 Boutique Mykonos nightclub VOID has revealed its 2018 line-up, following a spectacular, high-spec renovation last year which featured a state of the art Funktion One Soundsystem.

It promises another unforgettable season – running from July to September – inviting the likes of Jamie Jones, Ame, Seth Troxler, Black Coffee, The Martinez Brothers, Lauren Lane and club resident, Guy Gerber back to play out for their second year at the club.

South African DJ sensation and Drake collaborator, Black Coffee made his mark on the island with a handful of unforgettable sets at the venue last year. He will officially open and close the season of events, with names such as Paradise head honcho, Jamie Jones, Innervision co-founders Ame, infamous party starter, Seth Troxler and Givenchy approved duo The Martinez Brothers also set to feature.

New to the season are electronic pioneers such as the platinum selling, Erick Morillo, plus Lee Burridge who will bring his mix of dancefloor ready melancholic, house and techno.billing 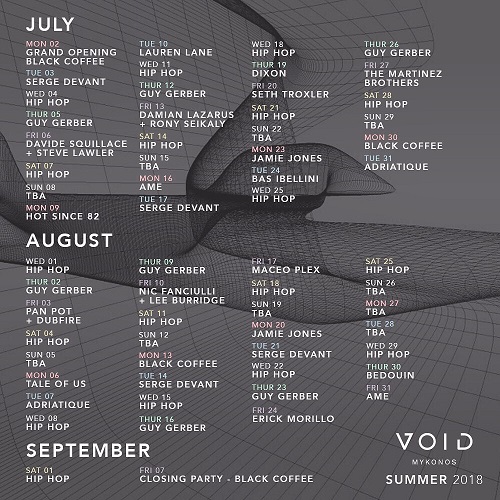 Offering an extensive and slick weekly calendar of events, VOID is Mykonos town’s only superclub boasting one of the world’s best soundsystem and aims to attract discerning music heads and chic tastemakers alike.

This stylish and quality conscious venue will welcome a fittingly credible selection of electronic artists through its doors that are each as forward thinking as the club’s ultramodern design – as well as being only walking distance from the island’s hub of bars, hotels and restaurants. With an exciting sophomore Summer ahead, this year is sure to cement VOID‘s place as a key player in the international clubbing scene.