Calling on a number of difference influences, ‘Hit The Club’ fuses elements of trap and hip hop with a Korean flare. Choosing to premiere the collaboration live at Ultra Korea 2018, this single has the perfect formula to get the crowds moving throughout its 3-minute duration.

With the official music video filmed in various locations around Seoul, Korea, Fedde and Raiden take the viewer on an adventure across the fantastic city in their perfect visual accompaniment.

Hot off the back of his whirlwind Asia tour, playing RTU Hong Kong, Ultra Korea, Ultra Singapore and Ultra Beijing’s Club Takeover, Fedde Le Grand is back on European soil to play an array of shows. Bringing the heat with his new releases, his collaboration with Funk Machine Ft. General Levy, ‘Flex’, has amassed over one million plays on Spotify since its release last month. 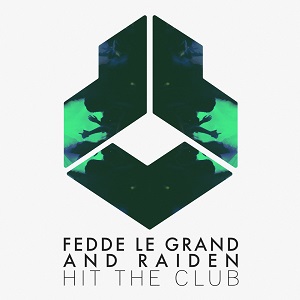 Having teamed up with DJ Mag and BBIN for The Gaming Beat Charity, Fedde Le Grand has one more free release coming up at the end of this month to raise money for charities under the Top 100 DJs Foundation. To download the existing free singles head over to TGB Charity here to join the movement.