With its second Portuguese edition on the stunning Algarve coast under a month away, The BPM Festival: Portugal announces its final artist lineup along with an additional wave of showcases for its highly-anticipated weekend to close out the summer festival season this September 20-23, 2018.

Boasting beachside parties and nighttime events across several venues in Portimão and Lagoa, festival-goers can explore one of Europe’s top destinations while experiencing a world-class festival. 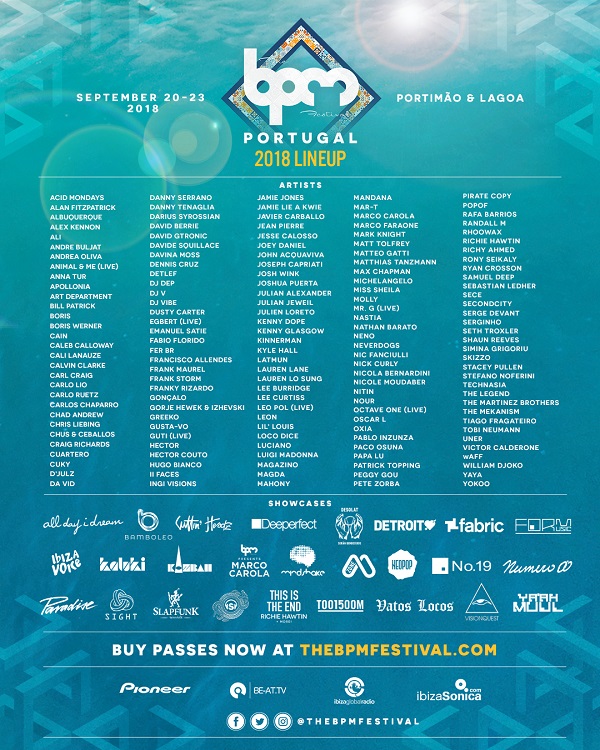 Also making its return to Portugal is Carl Craig’s beloved Detroit Love series championing the sounds of the city that invented techno, Italy’s Numero 00, and notorious Burner collective The Kazbah.

Festival passes are on sale via link . Packages for festival passes plus accommodation and/or airport transfers, are also available via The BPM Festival’s official partner Festicket.