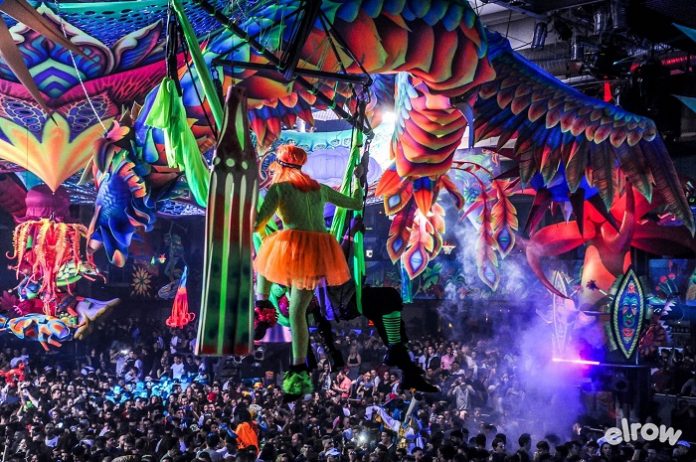 After the announcement of the first sold-out edition of elrow Town Festival Amsterdam – taking place on Saturday, September 8th – elrow announces the return for the fourth consecutive year to the largest electronic conference and festival in the world – Amsterdam Dance Event – ADE.

On Saturday, October 20th, the Amsterdam Kromhouthal will be transformed into a colourful fantasy world with the Chinese Rowyear theme.

Welcome to China! Led by the new moon step into a mysterious Chinese Bazaar where you can do the Dragon Dance to chase away any bad spirits under the red lantern light. Imagine yourself in traditional pagodas and the temple of the emperor, while the year of the dog is celebrated in a true elrow style!

Confetti explosions, dancing, happy vibes and magic energy are on the menu at this Amsterdam Dance Event – Chinese Rowyear celebration. 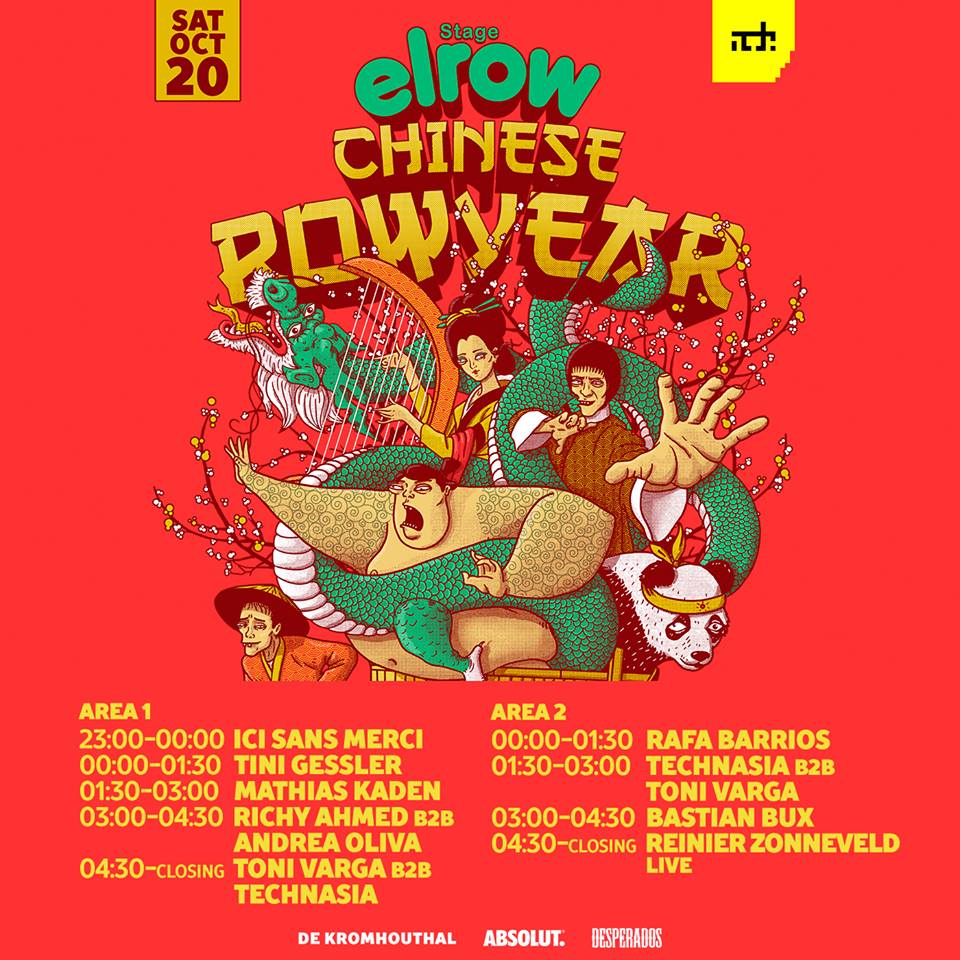 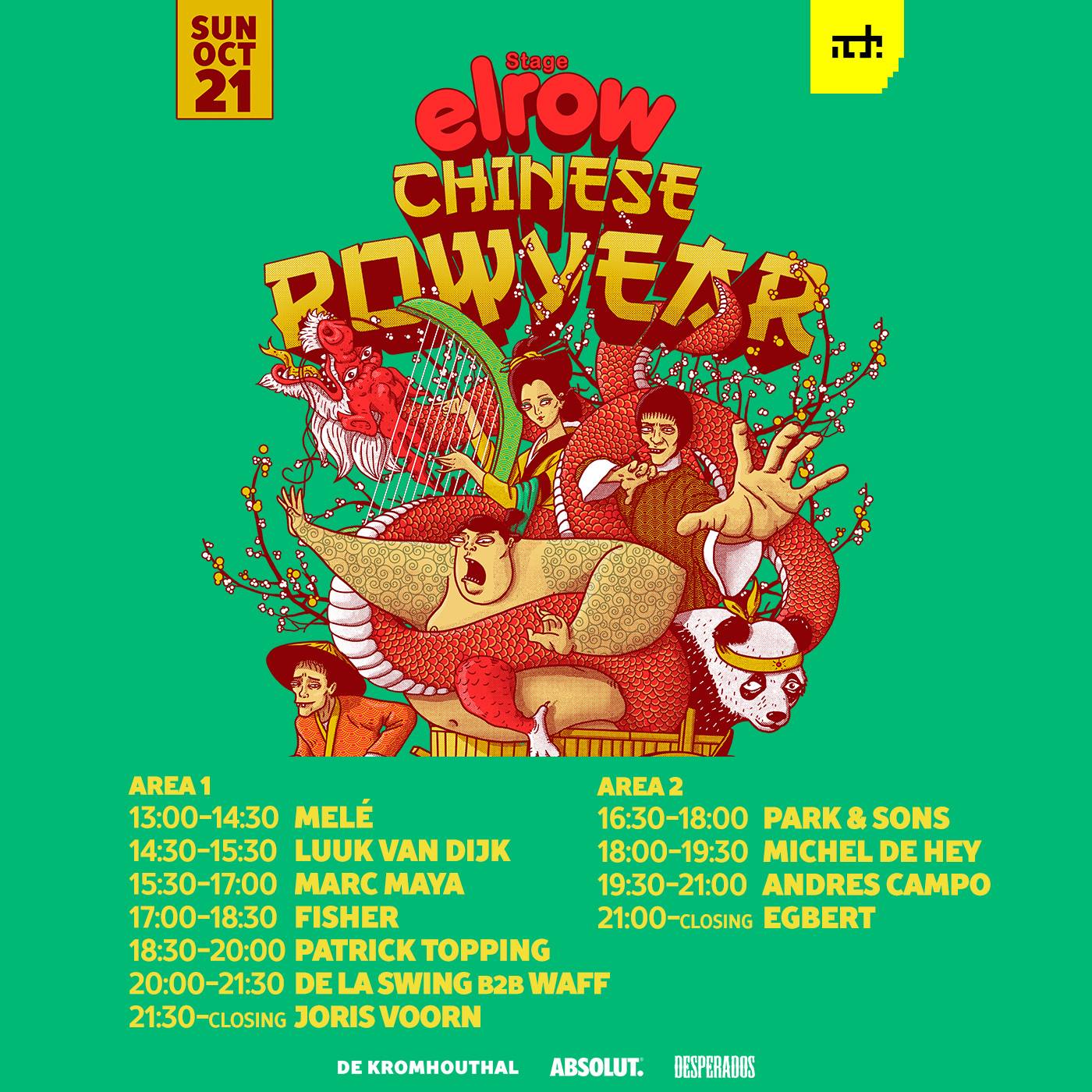 elrow has grown into the fastest growing entertainment concept in the world. They drop parties where anything can and does happen in the realm of craziness: over the top confetti showers, trapeze acts hanging from the rafters and artfully decorated rooms, sophisticated street theatre companies, and a super colourful audience, dancing to the beats of top DJs.