DJ/producer Bruno Martini has emerged with ‘Youngr’ (feat. Shaun Jacobs), released on Armada Music/Universal. The Brazilian star produced the fresh, upbeat House track in tandem with Timbaland (their second collaboration) and is featured in the song’s video along with Brazilian actor and drift car racer Fiuk.

The video for ‘Youngr’ was shot in São Paulo, the hometown of 26-year-old Bruno Martini, and tells the story of a young woman caught between a current (Fiuk) and ex-boyfriend (Martini), all filmed against the backdrop of spectacular drift car stunt performances. 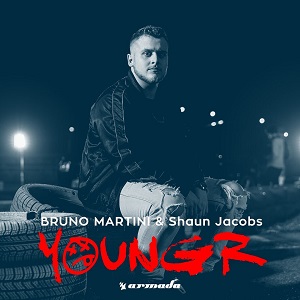 Watch the official music video of ‘Youngr’ below.