This week Steel Yard announced its welcome return to the capital in 2019. Following a series of sell out shows since its inception, the 15,000 capacity superstructure has dominated both the London and Liverpool landscapes of recent years and attracted some of the biggest names in electronic music, and next year’s show is no different as they now reveal Sunday’s host – Carl Cox presents Space Ibiza.

Recently voted the worlds #1 DJ, the techno pioneer is undoubtedly one of the best loved and most recognised DJ’s on the planet having been at the forefront of dance music over the last 30 years.

Famed for his legendary Space Ibiza residency, one of the longest running in clubbing history and following his much talked about return to Creamfields this year after a 10 year hiatus for his Steel Yard debut, it was an obvious decision to bring them together for a unique show under one of the UK’s most exciting destination structures and bringing some of that Balearic magic to UK shores. 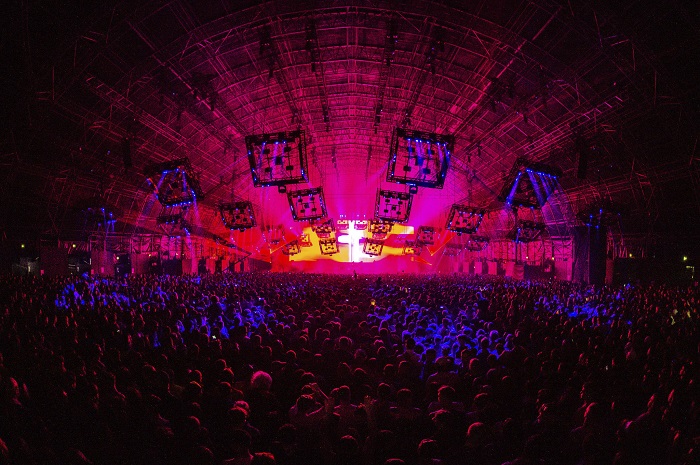 This latest Steel Yard announcement follows headliner reveal in the form of legendary producer Eric Prydz who brings the latest evolution of his live show – HOLO for its exclusive London debut and follows his EPIC 5.0 live show in the structure in 2017 which became one of the fastest selling shows of the year, selling out within hours. Since its inception the 15,000 Steel Yard superstructure has revolutionized the ‘event’ experience for electronic music fans.

Designed and created exclusively for Creamfields, it’s the largest of its kind in Europe and features ground breaking technology and production, offering a unique experience for festival goers.

With such heavyweight headliners locked in Steel Yard London looks set to be another sell out, sign up now for pre-sale to be first in line to purchase Day or weekend tickets via link. Pre-Sale tickets are available from 9 am Friday 26th October, General tickets on sale 10am the same day.