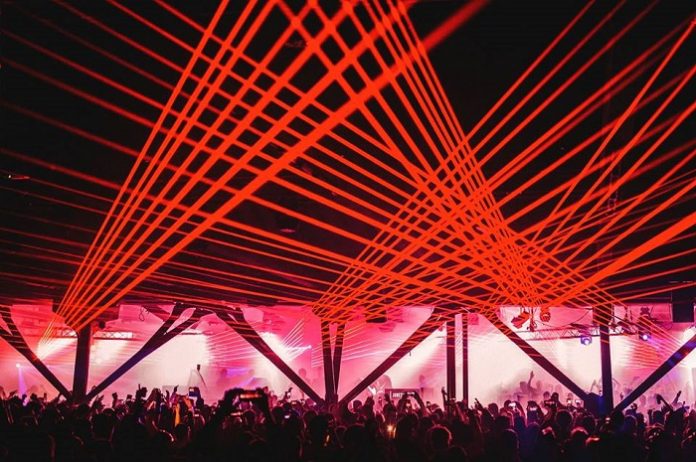 Taking place across Friday 7th and Saturday 8th June 2019, Junction 2 2019 will witness the festival widen its musical borders, whilst remaining true to the core values that have made the past 3 years so special.

Friday will showcase the scenes most reputed selectors, weaving a cohesive collage of styles, whilst Saturday at Junction 2 will continue to be rooted in techno and feature many of the industry’s most influential and pioneering figures.

Having taken the world by storm in recent times, Bicep make their hugely anticipated Junction 2 debut on Friday 7th June. Known for their upfront, hard to identify, yet truly outstanding electronic music, their meteoric rise to the top will be fully illustrated in this headline performance. 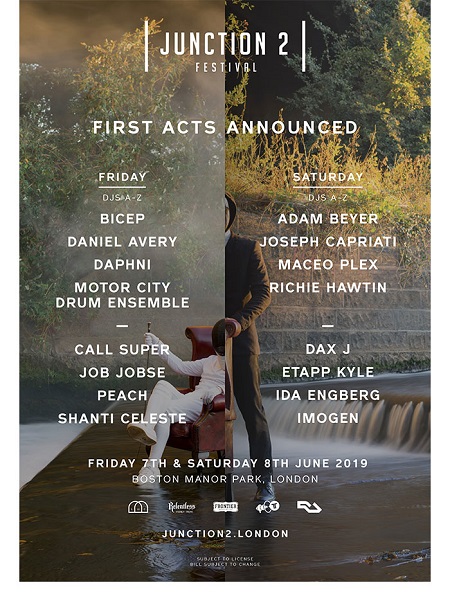 The Belfast boys will be joined by one of the figureheads of the UK’s modern techno movement, Daniel Avery, as well as Dan Snaith, who you might otherwise know as Caribou. He will be appearing at Junction 2 under his much loved, club music focussed moniker Daphni.

The magnificent Motor City Drum Ensemble will show Junction 2 why he is a force to be reckoned with, as will the breakthrough star of Houndstooth, Call Super. Stalwart of Amsterdam’s underground scene Job Jobse, Midland’s protégé Peach and Bristolian Shanti Celeste round off the first wave of Friday’s programme.

He might just be the most significant act we’ve ever booked. The great Richie Hawtin comes to Junction 2 in 2019 in a performance that will rank amongst the highlights of the summer.

Richie will be joined by our ever-present ambassador Adam Beyer, coming off the back of his unforgettable B2B set with Carl Cox at J2 2018. Joseph Capriati returns to Junction 2 following a watershed year in which the Neapolitan DJ stepped up into the techno elite, whilst Maceo Plex also returns to deliver another emotive DJ set following his stand-out performances in 2017.

Pre-sale tickets for Junction 2 will be released this Thursday 1st November at 12pm to all those who register via link.

In addition to individual tickets they will also be selling:
• Weekend tickets
• Payment plan tickets
• Joint tickets for the festival & the launch party at Tobacco Dock in December

All those who purchase tickets during the Junction 2 pre-sale will be entered into a ballot to win one of 100 tickets to the launch party at Tobacco Dock.

As Junction 2 Festival approaches its fourth year, they head to Tobacco Dock for a glimpse of what’s to come to Boston Manor Park in 2019. Sitting within their ethos of quality electronic music, the event will be an exploration of the future sounds of Junction 2.

Focused around a nucleus of techno and house, they’ve called on a selection of established tastemakers, rulebreakers and those on a meteoric rise to the top. The line-up draws on a wide palette of sounds and more names will be revealed in the coming months.

This year there will be no LWE NYD at Tobacco Dock and this will be the last event until 2019. Expect forward-thinking production, amazing sound and an obsessive attention to detail.

To purchase tickets to the Junction 2 festival launch click here.