It’s been a while since Trance music first emerged in the dance music realm, but the enchantment still hasn’t wore off.

Standing out through its magical melodies and tidal wave of emotion, the early days of Trance music enveloped the minds and souls of millions of people from all over the world and has been a staple genre ever since as it remained at the heart of many nostalgic flashbacks.

And now, the next glorious installment of the globally acclaimed ‘A State Of Trance Classics’ series makes sure all of those beautiful memories will flare up simultaneously once again. 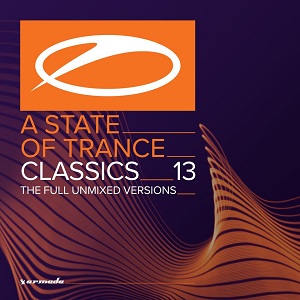 With thirty-six tracks split over four parts, ‘A State Of Trance Classics Vol. 13’ captures the essence of what Trance means to so many people.

Packed with wonderful cuts from seminal producers such as Above & Beyond, Aly & Fila. Cosmic Gate, Dash Berlin, Ferry Corsten, Gareth Emery, Markus Schulz, Mat Zo, Ørjan Nilsen, Rank 1, Ton TB, Vincent de Moor and Armin van Buuren himself, the compilation album hits the nail right on the head in terms of track selection and shows to fans new and old just how rich, precious and magical the early days of Trance have been.