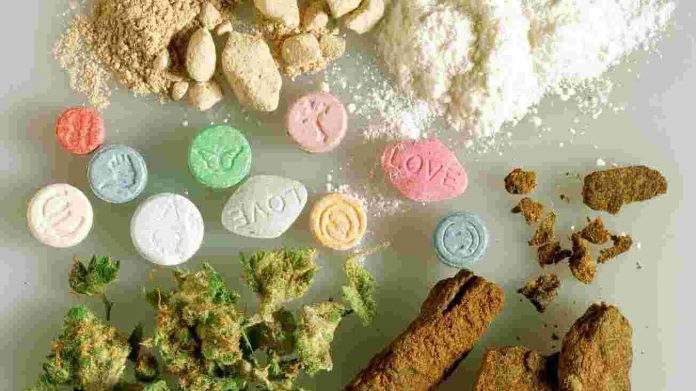 According to the United Nations Office of Drugs and Crimes 2017 World Drug Report, an estimated minimum of 190,900 premature deaths are caused by drugs on a global scale annually, and that is the low end of the scale.

Staggering numbers that continue to climb let us know that people all over the world like to use drugs. We all learn the dangers of drugs from an early age, and people that take them are fully aware of the potential repercussions of the game that they are playing.

With that said, it does not seem to be making people stop. Now the question becomes how do we keep people safe that are obviously going to use chemicals?

At the forefront of the battleground stands the Loop, which is a non-profit organization that is a drug safety charity. The company uses highly trained chemists to test drugs for the masses at no cost for the people, and in addition to testing the drugs, they also offer a fifteen-minute counseling on drug safety.

People can anonymously bring their drugs to the Loop and find out exactly what it is that they have. After multiple successful test runs at festivals and clubs around England, the Loop decided to branch out and render their services in actual towns to give the non-party types an opportunity to test the strength and quality of their drugs.

The first attempt to branch out was a hit. The pop-up facility in Bristol was available for two separate weekends and was utilized by many people. Authorities and courts supported the movement and allowed the community to test their substances without fear of prosecution or harassment.

The alarming results from the event show that some drug dealers have no soul. Some people just want to make money and will sell anything to anybody for capital gain; even if people die or wind up in critical condition as a result.

Amongst the tests, the Loop discovered that just one out of every five chemicals that were brought for testing was the actual substance that it was thought to be.

In some circumstances, the drugs being tested were simply other drugs, while other times the substance being tested turned out to be plaster of paris, brown sugar, harmful pharmaceuticals, cathinone’s, fentanyl, and other mystery substances.

By and large, the statistics indicate that people who anonymously brought drugs to test to the Loop at music festivals, showed a higher rate of deceit than at the test site in Bristol. While the numbers still were lopsided on the side of erring, it seems as if people dealing drugs at festivals feel like they can dupe people a little easier than in regular, everyday society.

At the music festival Boomtown, the Loop set up and offered its services for the attendees. They reported that 20% of the people that tested their drugs decided not to take them, while 50% said that they would alter their behavior due to seeing the results. After the event, the festival recorded a 25% reduction in drug-related medical incidents.

The impact seems to be showing positive signs of safety. In 2016 at the Secret Garden Party festival, the Loop set up, and as a result, only one drug-related hospital admission occurred as opposed to 19 in the previous year of the event. While it is not certain that this is completely due to the Loop testing substances on site, the numbers speak for their selves.

According to the Loop, “the service not only identifies and informs users about the contents of their submitted sample, and provides them with direct harm reduction advice, but it also enables people to spread information by word of mouth, causing a ripple effect against faulty drugs. We also share on social media, and VIA medical, and other staff at events so that the message can spread far and wide”.

The success of the company is snowballing, and opening eyes and minds around England. This December, the Loop will host its second event outside of nightclub or festival settings. This time the town of Durham will behost to the drug safety charity. The pop-up will be available again on Saturday, December 15, 2018, from 12 – 8 pm at St. Nicholas Church.

The hopes are high that world leaders are paying attention to this on a global scale. It is something that needs to start locally in England and spread to every community in the world where people are taking drugs. The war on drugs has not been very successful in terms of slowing people down from using drugs.

The new war on drugs should involve keeping people safe rather than keeping them behind bars. A war must be waged on faulty chemicals. Drug use is something that governments cannot control. Where it does not mean that drug users should get free for all access to drugs, it does mean that they are going to take drugs, and facilities such as the Loop are showing Planet Earth how to combat the rise in hospitalizations and premature fatalities due to chemical poisoning.

Stay safe out there. Test your drugs always and forever.Lets all thank the Loop for their stance to protect human beings.