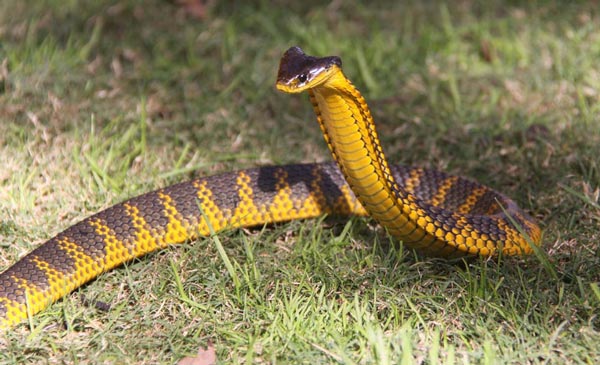 The Beyond the Valley Music Festival in Victoria, Australia got some negative press after the event regarding a fatality from one of the attendees which occurred shortly following the sold-out event.

Initial speculation was that 20-year-old Callum Edwards died of a drug overdose that stemmed from the event, and it was widely reported as the cause of death.

A recent public statement from the young man’s family corrected reports by claiming that Edwards did not die from a drug overdose, yet that it was a snake bite from a venomous tiger snake that was the cause of the fatality.

The departed was set to meet with his older brother Liam at the event, but the two were not able to meet up because the snake bite incident occurred, and Callum was rushed to the hospital in critical condition, where he tragically died three days later.

Local authorities are still investigating the circumstances surrounding his death and announced that the actual cause of Edwards death is yet to be determined, but that it is not being treated as a foul play issue.

The early reports of drug overdose stem from recent activity involving illnesses and deaths from the music festival scene around the globe. It has been an increasing issue, and other attendees of the Beyond the Valley Music Festival were rushed to the hospital following the event for actual drug-related reasons, so supposedly, the media jumped to conclusions before having actual facts.

Edwards funeral will be held in Mansfield, Victoria, and details of the service were shared on his Facebook. Hearts and thoughts go out to his family and friends.