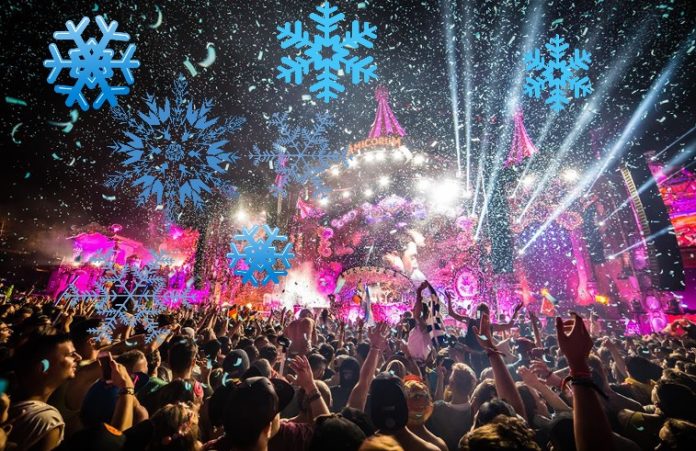 Tomorrowland seems like it is a fairy tale, but it, in fact, is a real-life adventure. It is one entity that can expand the globe and captivate the hearts of the world through music, love, and dance.

While the original epic event that has taken place in Belgium every year since 2004, a first-edition wintertime rendition called “The Hymn of the Frozen Lotus”, that is set to take place in the stunning setting of the Alpe d’ Huez, in France, is taking a stance as a contender to overtake its own crown to become the most epic music event in the history of the world.

As the majestical Tomorrowland continues its global outstretch, the rest of the world patiently awaits its arrival. March 9-16 is the date that has been revealed for the next level Tomorrowland event which requires ski lifts to access the stages.

Party people, this our calling, we are taking over the world. They have officially announced that “People of Tomorrow, the prophecy of the Frozen Lotus has foretold that the doors to a magical realm will be opened. Revealing all the wonders winter has to offer. This unique flower will call on every creature in her kingdom to unite and take part in a new tale in the history of Tomorrowland. Winter has been awakened by the Hymn of the Frozen Lotus”.

The winter version of Tomorrowland will have stages split upon different peaks of the mountains. The stages will operate at different times and will vary according to altitude. Stages that are at greater heights than the main stage will start and finish accordingly, everybody will have to take the ski lifts to maneuver between stage settings.  Attendees can select either the Mysterious 7-day package or the Fascinating 4-day Package, each includes a festival ticket, lift, and ski pass, and lodging options.

HERE you can check the official map for Tomorrowland Winter “The Hymn of the Frozen Lotus”.

With the magic that is going to spill out of the event, those that get to experience this event are going to make history. A week-long rave, essentially on a ski resort in France, words can not sum up the magnitude of what is about to go down in the French Alps. Tomorrowland on a regular day is already the cat’s meow, add to it a ski resort setting, and there you have a recipe for a fable.

Seriously, the line-up is irrelevant, but it is stacked anyways, that includes the likes of Armin van Buuren, Martin Garrix, Dimitri Vegas & Like Mike, Joris Voorn and many more. Mind-blowing progression from the mighty Tomorrowland. Wow. Just wow. Only wow.

This movement that is the rave culture is helping humanity grow in a positive direction, Tomorrowland is a big reason for that. We should all pause and take a moment to understand just how big this thing is getting. If possible, do not miss this event. Take a part in history. Witness firsthand the collective consciousness elevate to the next level.

Check out their official trailer below! 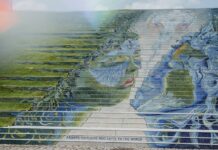